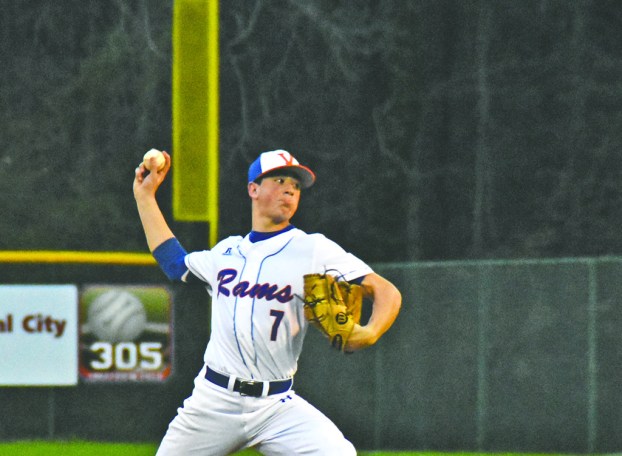 Sure, his Valley High School baseball team had rallied to beat Class 3A Beulah. But he felt like his 5A squad with postseason aspirations played down to the competition.

On Wednesday, the Rams responded.

Valley (5-3) clawed out of a two-run hole to knock off Tallassee, 6-2, on a clear evening at Crestview Stadium.

“It’s a huge relief that we came out today and played much better against a quality team,” Shivers said. “A lot of teams in the past may have kind of laid down, but they got down two runs early and battled back.”

Tallassee took a 2-0 lead in the top of third inning when Caleb Stewart connected for a two RBI single off Valley pitcher Josh Bledsoe.

Bledsoe relieved starter Coby McDonald, who is still rehabbing from a labrum injury, midway through the frame with the bases loaded. McDonald posted three strikeouts and surrendered four hits in 2 1/3 innings.

Valley answered in the bottom of the frame.

Sam Henderson and Chris Conner led off with a pair of singles, and both crossed home plate on a sacrifice bunt by Steven Coker.

Valley then pushed ahead in the next inning. Daniel Osborne, John John Davis and Henderson reached base on consecutive at-bats. Osborne and Henderson both scored on wild pitches. Davis came across on a fielder’s choice after Conner put the ball in play.

“We put the pressure on the defense tonight,” Shivers said. “That’s what we preach.”

Freshman Will Kennedy replaced Bledsoe on the mound in the top of the fifth. He saw the game to completion.

“My freshman closed it out,” Shivers said. “He threw three solid innings to help seal the deal.”

Valley plated an insurance run in the sixth inning on a Tallassee fielding error. Henderson, who reached base on a walk, scored from third.

The Rams will return to action on Thursday at Dadeville.