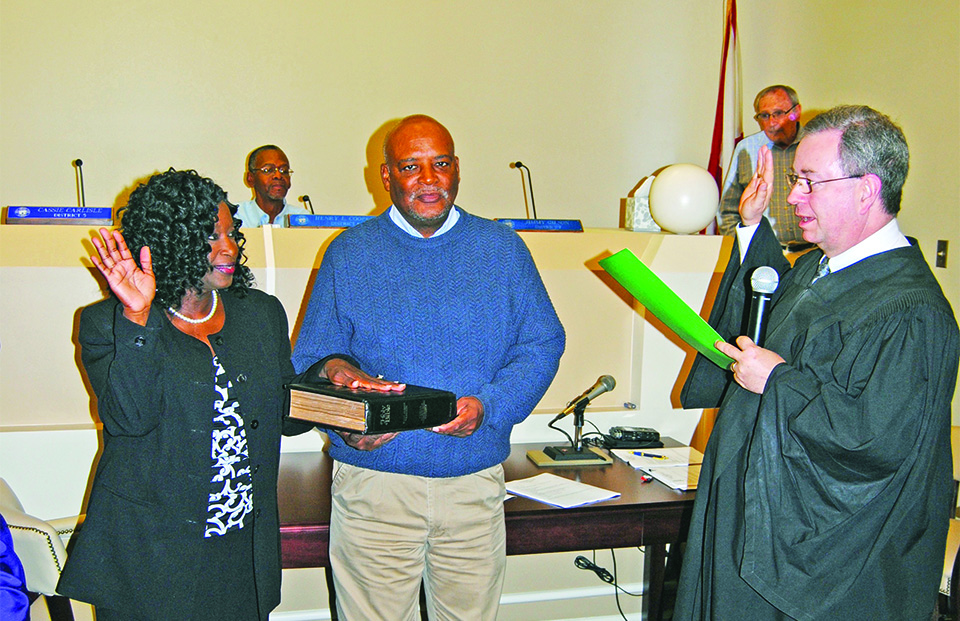 VALLEY — The City of Valley has hired a consultant to help both the city and the East Alabama Water, Sewer and Fire Protection District in seeking grants that will be needed for Phase II of the John Soules Foods project.

A resolution was approved at Monday’s council meeting for the city to enter into a contract with Community Consultants, Inc. to do this.

The firm has previously been involved in successfully securing grants for the Valley Senior Center project.

Headquartered in Tyler, Texas, John Soules Foods has a major processing plant in Gainesville, Ga., and plans to have another one in Valley in the coming years. It will be located in the former WestPoint Home distribution center off Towel Avenue. The new plant will be using a great deal of water and will be discharging a large amount of wastewater. East Alabama will have to put in some new lines in the next couple of years to be ready for this.

“The sewer lines will have to be upgraded before Phase II,” said Mayor Leonard Riley.

In other action on Monday, the council held a second reading and approved an unsightly yards ordinance.

City Attorney John Ben Jones reviewed the proposed ordinance and said that it paralleled an existing dilapidated structures ordinance. Approved in a unanimous vote, the ordinance makes it unlawful for anyone to allow a house or building in which people live or own, or the premises around the house or the alley or street abutting it, to be in an unsightly or unsanitary condition.

The city’s code enforcement officer will determine this. It’s a misdemeanor to do this. Upon conviction, there’s a fine of at least $50 and no more than $200. The failure to comply is a continuing offense and shall be punished accordingly.

Monday’s meeting began with Cassie Carlisle being sworn in to represent Council District 5. District Court Judge Calvin Milford was there to administer the oath of office. Carlisle succeeds Lana Wiggins, who died a few weeks ago.

The council approved a resolution permitting the consumption of beer and wine at a banquet and auction to be hosted at Valley Community Center Friday, March 16, 2018 by the National Wild Turkey Federation. Travel advances of $300 each were approved for council members who plan to attend the May 19-21 Alabama League of Municipalities conference in Montgomery.

Mayor Riley announced that public hearings would be taking place prior to the March 12th council meeting to consider the rezoning of some property. There are requests to zone property at 40th Street and 20th Avenue to R-6 and for property on Huguley Road to be rezoned from R-3 residential to C-2 commercial.