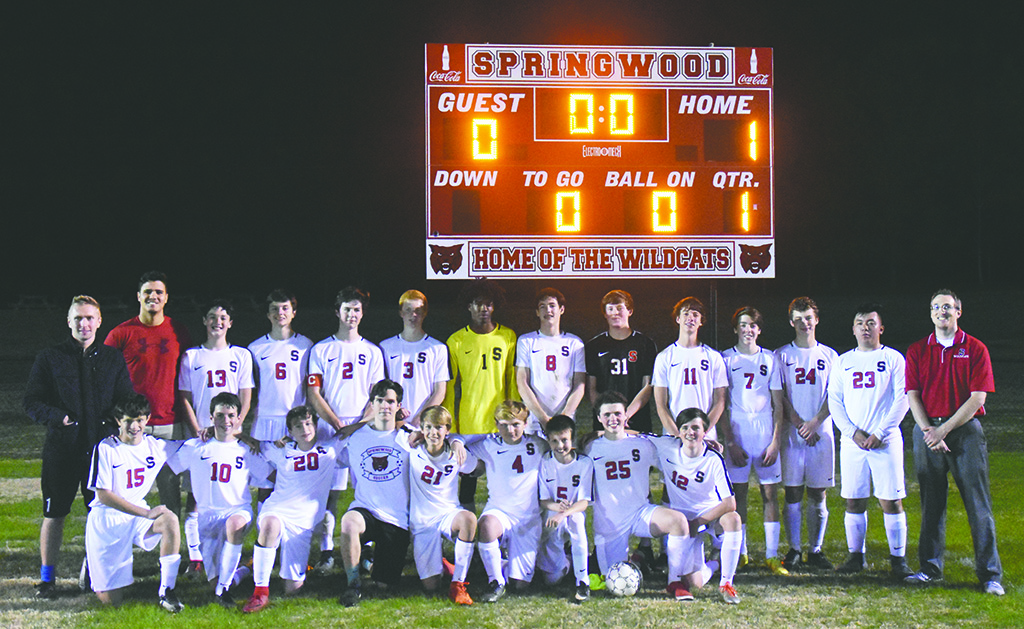 The Springwood School boys soccer team beat Northside Methodist on Thursday in the first game of its inaugural season. (Photo by Sam Chandler)

LANETT — The Springwood School boys soccer team was set to play the first game of its inaugural season on Saturday in Dothan.

But the contest was canceled due to inclement weather.

On Thursday, the Wildcats finally opened their season. It was worth the wait.

“I was sad that our first game got delayed,” Wildcats head coach John Lanier said, “but I think it makes it even more special to win our first game at home.”

A first-half goal from freshman winger Kannon Key proved the difference in the match. He buried a ball in the back of the net for the Wildcats’ lone tally.

“That’s a great team that we played,” Lanier said. “They had great defenders. It was really hard work, so we had to take advantage of the opportunities that we got.”

“They weren’t going to go down without a fight,” Lanier said. “It took a lot of work for us to hold that lead.”

The Wildcats will return to home action next Thursday against Macon East Academy. Kickoff is scheduled for 6 p.m.

“It gives us confidence for the remaining games we have left,” Lanier said of the win. “Those are going to be tough, too.”