Band directing wasn’t the plan but Floyd is happy anyway 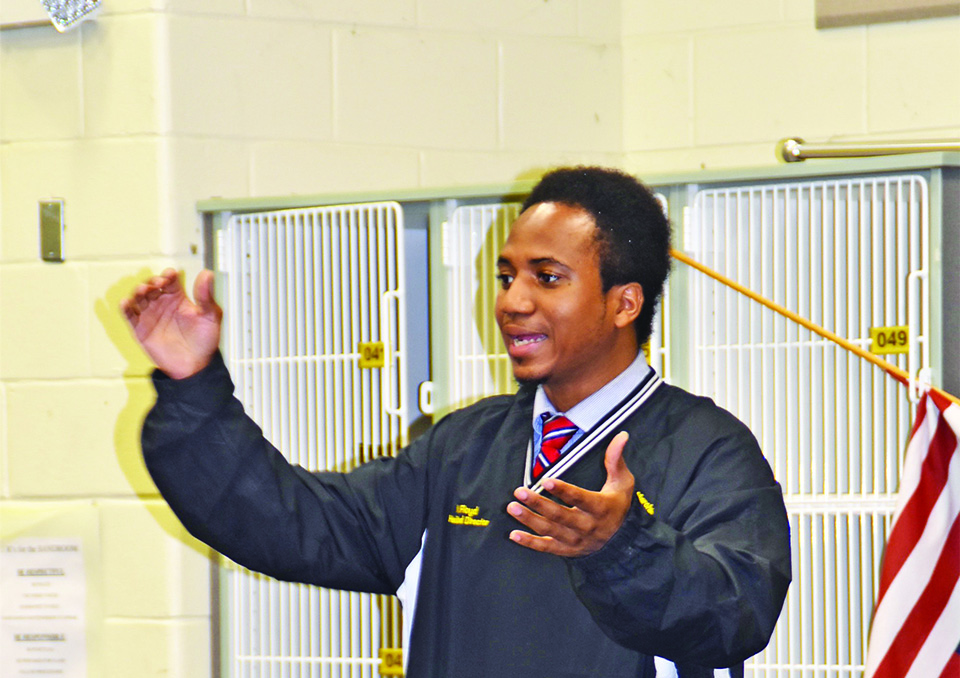 LaFAYETTE — Michael Floyd has been the band director at LaFayette High School for two years and so far things have been great.

“It’s been a learning experience,” he said. “I’ve learned a lot, lot, lot, jumping into a head position in one year.”

Floyd has worked at a few other schools but LaFayette has been the main location.

“I played it for four full years at ASU,” he said. “I was section leader for two of those years, my junior and senior years.”

The decision to get into teaching came about mainly because Floyd couldn’t major in automotive engineering at ASU.

“So the only other thing I did know was music,” he said.

He had been in the band previously so the transition was not a difficult one.

The next decision was whether to major in musical performance or education.

“I figured with performance I couldn’t really get a job,” he said. “So I went with education.”

That decision led him to working at LaFayette in November 2016 and after getting his certification, Floyd was fully licensed the next year.

Since then the experience, in Floyd’s words, “has been amazing!”

“It’s a very patience driven thing,” he said. “You’ve got to have a lot of patience. You’ve got to be willing to listen and to learn. I think I do well with both.

“I’ve learned so, so much from the psychology of the students, all the way to organization and management to communication. All types of things.”

He enjoys performing the most, he said, citing his excitement anytime they go and play for a crowd. He noted he has a different energy at those times.

The students have proven to be the biggest challenge, not from any lack of talent, but getting them to follow his path  and learn to work with him.

With everything, he has seen many positives.

“The community is amazing,” he said. “The care for the students here at the school is amazing. The band program, I love it. The staff is dependable.”

Floyd eventually is, in his words, “to take over the world!”

What he means is to get his group to be as good as possible and to take the program itself as far as it can go.

Currently they have performed at one concert so far, mainly as a way to expose the students to the experience.

Overall, Floyd has high hopes for his students and everything he has seen thus far only reinforces the talent he has seen.