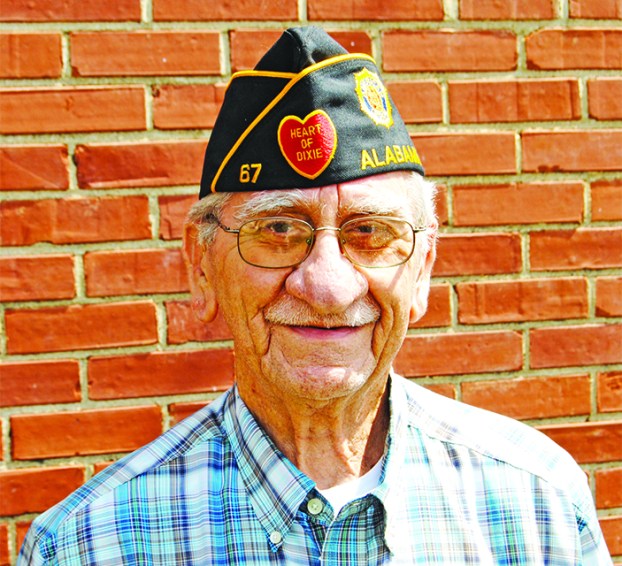 VALLEY — Bobby Elliott is well known in the local area as the pastor of  Langdale Congregational Christian Church, a founder of Bobby’s Backyard Brotherhood men’s prayer group and the adjutant of Post 67 of the American Legion.

Elliott was in the Army in the six-year period between the end of the Korean War and the start of the Vietnam War. As a young man, he was fluent in the Russian language. He could both speak the language and read it with proficiency.

Elliott’s ability was so advanced that he drew praise from officials from the National Security Agency.

“I am happy where I am in life, and I have good memories of my time in the Army,” he told The Times-News. “I don’t like it when people put down our country and our military. It was a privilege for me to serve, and I learned a lot about life. Military service made a difference in my life, and I will always appreciate that.”

Elliott is a native of Clay County, Ala. He moved to the Valley at a young age. His dad was a barber in West Point, and he attended the LaFayette Lanier School in Langdale in his youth. He graduated from West Point High in 1954 and played football for legendary coach Carlton Lewis.

“I enlisted in the Army in 1955,” he said. “I was on active duty for three years and in the ready reserves for three more years.”

Only a few months in, officers saw natural talent in Elliott. He was sent for six months of Russian language training and given top-security clearance.

“I will never know why they picked me,” he said. “They chose a handful of us, and I was the only one who was not a college graduate. Everyone else was, and every one of them was really smart. They were lawyers, CPAs, teachers and other such professions.”

Elliott said he was intimidated at first being in such a well-educated group and asked them if they thought he should be transferred somewhere else.

“They would have none of that,” he said. “They told me they’d tutor me until I learned what I needed to, They told me that each of us had an important job to do. They told me translators were needed in Europe, and all of us needed to do our duty.”

It wasn’t easy, but Elliott passed the course with a B and was sent to Heilbronn, Germany.

“I was stationed there for 18 months and loved it,” he said. “It was a little country town, and the people there really liked Americans.”

Elliott said he would never forget a cemetery that was located on a high hill near the town.

Elliott was only 19 at the time.

“I learned a whole lot about responsibility. I had to do a lot of listening in that section. Maybe that’s why I have to wear hearing aids today,” he said, joking.

At one point, Elliott was the head of a translation department and had 10 men under him.

“I remember one time we were sending a message that was classified,” he said. “I remember asking where it was going. When they told me it was going straight to the Pentagon, I was extra careful to make sure everything was exactly right.”

Elliott said he was good friends with a young man named Christian who was from Arizona.

“I remember we took a long train ride together and he was asking me what I was going to do when I got out of the service,” Elliott said. “I told him that I didn’t know at the time.”

The two friends took a ship across the Atlantic to New York City. They parted in the United States. Elliott went back home to the South and Christian went to Arizona.

“I got the shock of my life in 1959,” Elliott said. “I was reading the Atlanta newspaper, and there was a story in it about an American being arrested in Moscow. I recognized my friend’s name, and it had his picture. No doubt about it, it was him.”

It seems that the young man was arrested by Soviet authorities when they saw him taking pictures of trains. There was no espionage involved. Christian just liked trains and was taking pictures of them while in Moscow. The U.S. Embassy intervened on his behalf and got him released.

Back home in the United States, Elliott worked in the mortgage and
finance industries for
the better part of 40
years before retiring in 1998.

“The military was good to me,” Elliott says. “It prepared me for everything else I did in life. Being in finance was good to me too. I’ve had a really good life, and I’m pleased to be in the ministry at this point of my life. I’m fortunate to have had a good marriage. Mary Ann and I will celebrate our 59th anniversary this July.”