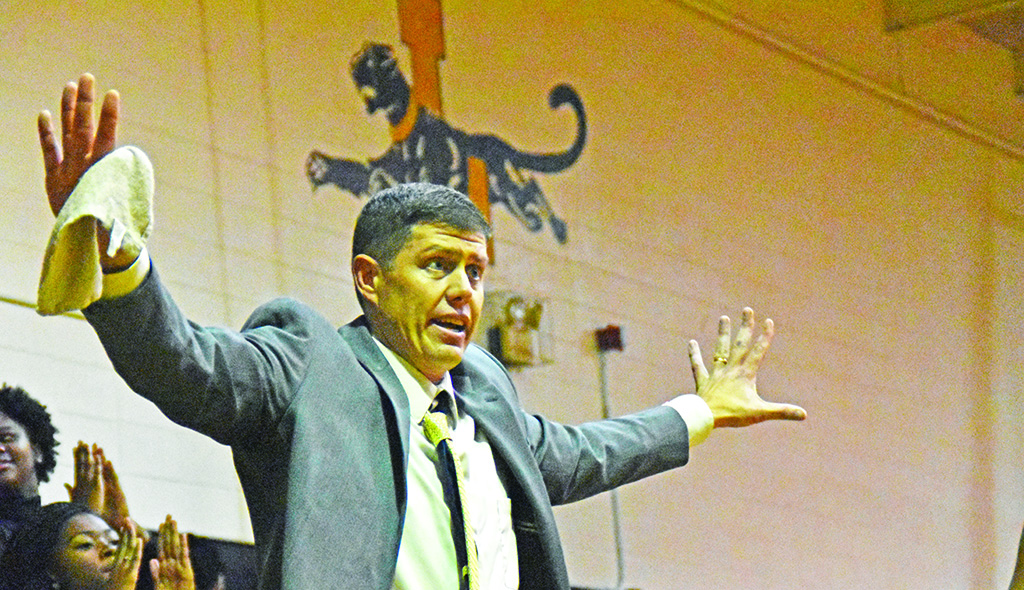 LaFAYETTE — Michael Bratcher is not one to overestimate.

But this season was different.

Watching Sand Rock face Samson in the Class 2A state title game on March 2, Bratcher couldn’t help but wonder what could have been.

The Lady Bulldogs lost to Sand Rock, the state runner-up, by a single point in the sub-regional round of the playoffs. They held a nine-point lead at halftime before crumbling in the final two quarters.

While Bratcher lamented the loss, he also drew encouragement from it.

For the first time in his eight-year tenure at LaFayette, he felt like the program was positioned to compete at the state level.

The growth of the LaFayette program is a testament to Bratcher, the 2017-18 All-Valley Girls Basketball Coach of the Year.

This winter, he demonstrated patience and persistence in leading the Lady Bulldogs to a 15-11 record, an area title and a near berth in the regional tournament.

The 2A, Area 8 crown — clinched with an upset victory over Lanett —  represented

But over the course of the season, LaFayette developed a sense of direction and forged an identity.

Freshman Feliah Greer, the All-Valley Player of the Year, and senior Jasmine Pitts provided the Lady Bulldogs a foundation on which to build.

Bratcher caught his first glimpse of his team’s talent months before the season began. LaFayette beat Valley, a school it normally struggles against, at a summer play date.

The victory gave Bratcher optimism for the season. Once it began, his hope only expanded. The Lady Bulldogs opened their campaign with a 13-point victory over Central Coosa, which advanced to the 3A elite eight.

Ebbs and flows followed as the schedule unfolded. LaFayette fell twice to Loachapoka and twice to Lanett.

As the season approached its peak, however, Bratcher’s squad heated up.

The Lady Bulldogs won five of their last six games, including the area final at Lanett. The 53-44 victory over the Panthers was only Bratcher’s second since arriving at LaFayette.

“As the game got started, you could see how hungry we were to get that one,” he said.

The triumph allowed LaFayette, which averaged close to 60 points per game this season, to host Sand Rock in the sub-regional.

A sizeable crowd came out to support the Lady Bulldogs in the do-or-die matchup. The attendance surprised their coach. Seldom have the LaFayette girls attracted such attention.

Bratcher is not one to overestimate.

But he interpreted the support as a sign that his program is heading in the right direction.

“It made it feel like we’re starting to make that turn a little bit,” Bratcher said. “Hopefully we can keep going.”

With basketball over, Bratcher plans to maximize his offseason leisure time.

The social studies teacher likes to play golf and ride all-terrain vehicles during the spring and summer. Then, he’ll shift his attention back to the court.

Bratcher is a military veteran. He was in the Army for four years and the National Guard for five.

In 2003-04, he spent 14 months stationed overseas, primarily in Iraq. His deployment occurred a few days prior to his final semester as a student at the University of Florida.