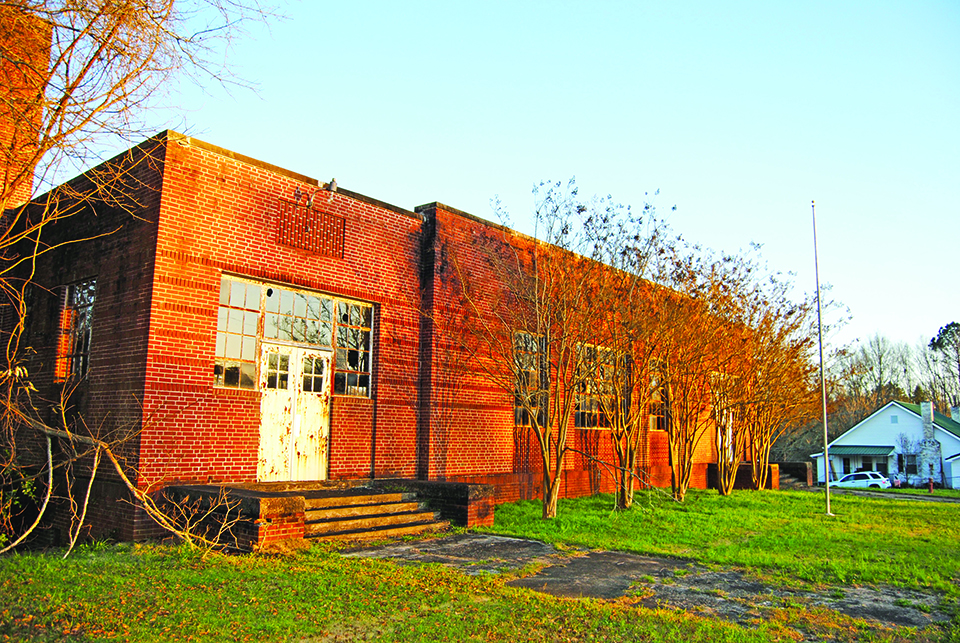 Wayne Clark | Times-News SLATED FOR DEMOLITION: River View Gym will soon be coming down. Built by the West Point Manufacturing Company in 1935, the old building has seen its better days.

VALLEY — Another historic building in Valley is about to come down. The River View gym, which was built in 1935, is about to be taken down.

On Monday of this week, the City of Valley accepted a bid from the Henry Hudson Company to tear it down and clean up the site. The gym has not been used for a long time, and is a liability for the city just sitting there empty.

The gym was built by the West Point Manufacturing Company in the days of the Great Depression and was a really nice place in its day.

“The Company realized the value of recreation and provided resources for the fielding of baseball teams and men’s and women’s basketball and softball teams,” wrote River View resident John Wallace Prather. “There was a beautiful nine-hole golf course lying between the hills and the river. A fine gymnasium was built in 1935. It provided a court for basketball and volleyball, plus a large club room with a kitchen for community activities.”

River View Gym was built across California Road from Hunt’s Store, a theater and a drug store. The theater and drug store burned in 1938. A new drug store was built, but in the interim period the gym’s club room served as a temporary drug store for River View residents.

The gym was a model facility in its day and served River View well, Sadly, it’s now in a state of advanced decline. The roof is not in good shape, and many of the building’s windows are broken.

Like Riverdale Mill, it was built in a hillside and had more than one ground-level entrance. There was one on the front of the building and one in the back. It won’t be easy to bring down the old gym, clear the site and bring
in some dump truck loads of fill dirt to prevent erosion.