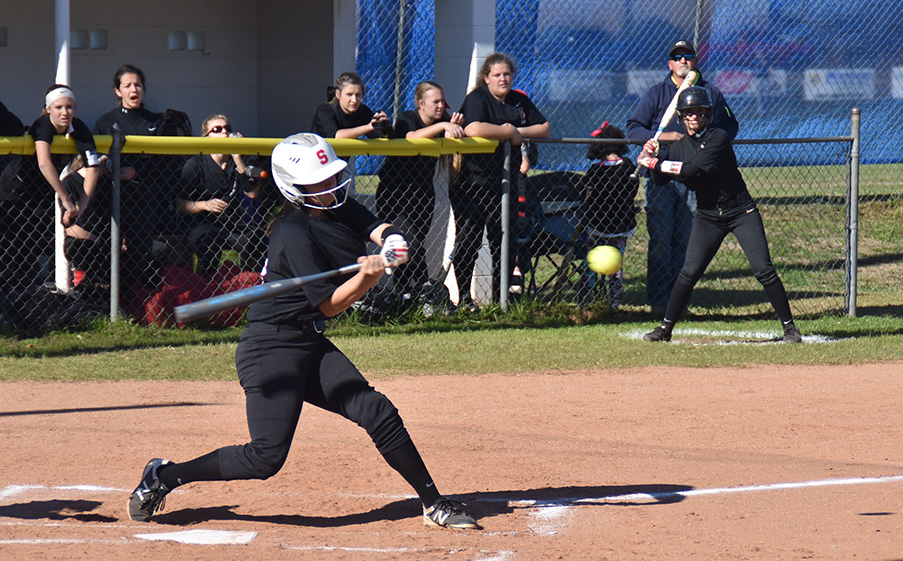 LaFAYETTE — The Springwood School softball team endured a difficult stretch of games prior to Thursday’s tilt with Chambers Academy.

Within a 10-day span, the Lady Wildcats faced region foes Glenwood School and Lee-Scott Academy, along with Northside Methodist. Each contest produced an unfavorable outcome.

But Springwood put an end to the skid against its county rival.

Behind effective defense and opportunistic offense, the Lady Wildcats downed the Lady Rebels, 8-2.

“It’s always good to get back on the winning side,” Springwood head coach Galen Smith said. “Today was a good day to be a Springwood Wildcat.”

Smith’s team led from start to finish, though Chambers Academy managed to make it close.

Springwood scored three runs in the top of the first as a result of plate discipline and timely hitting. Emma Jennings and Allie Davis drew consecutive walks before McKayla Barber reached on an error.

All three crossed home plate, thanks in part to a two-run single laced by Maddie Johnson off Chambers Academy pitcher Chloe Mitcham.

The Lady Rebels cut into the deficit on an RBI single from Olivia Williams in the third inning. They tacked on another tally in the fifth to make it 3-2.

The Lady Wildcats surged for four runs in the top of the sixth inning, which put the game out of reach. Three of the team’s first four batters — Lucy Spivey, Clara Hopkin and Merredith Woodham — reached base. Each scored. Brady Parton also touched home plate on an RBI single from Jennings.

From there, Springwood never looked back. Barber, the Wildcats’ starting pitcher, contained Chambers Academy over the final two frames.

“We played good,” Barber said. “Normally we lose because we don’t have the desire to win, but I think we changed that up today and really changed the mood of our season.”

Smith lauded Barber’s efforts both in the circle and at the plate. She recorded eight strikeouts and gave up only seven hits in seven innings of work.

Barber also blasted a solo home run over the fence in left-center field during her final at-bat. The seventh-inning bomb was her fifth round-tripper of the season.

“In practice, I’ve been just determined that I want to be a good hitter,” Barber said, “so before I go up to bat, I tell myself that I’m going to hit it, and it’s happening.”

With the win, Springwood improved to 9-12. The Lady Wildcats’ next game will not occur until after next week’s spring break.

Chambers Academy (8-2) will return to action on Friday at Lee-Scott.