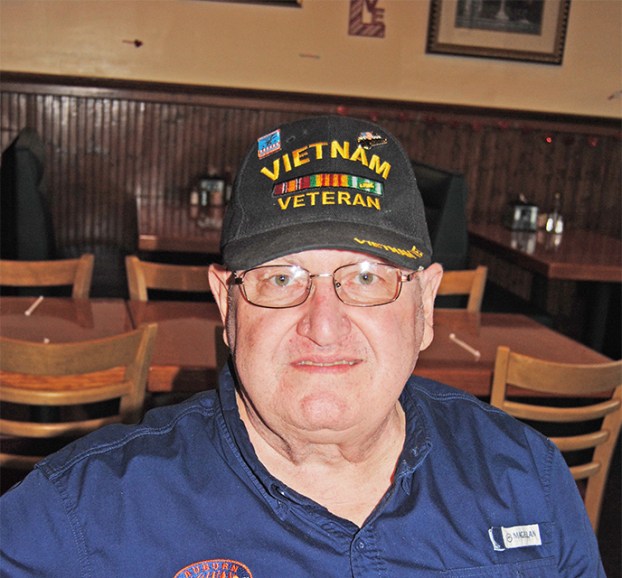 Wayne Clark | Times-News FORMER SEABEE: Valley resident Billy Mitchum served in the U.S. Navy Seabees in 1965-67. He was stationed near the Demilitarized Zone in South Vietnam.

Mitchum served as a Navy ‘Seabee’

VALLEY — Vietnam veteran Billy Mitchum was in a hotly-contested war zone for three years, 1965-67. He was one of the U.S. Navy’s Seabees and helped build runways and living quarters for soldiers with the U.S. Army and Marines. He spent most of his time in Vietnam near the Demilitarized Zone.

“We got shot at,” he said. “It was unnerving knowing that a Vietnamese, who was your friend during the day, might be trying to kill you at night.”

Mitchum is originally from Opelika. He and his wife, Gloria, live in the Todd Addition neighborhood in Valley. They have four grown sons, Matt, Pat, Chris and Robert. Mitchum is proud to have served our country and is an active member of American Legion Post 67 in Valley.

“Seabee” is a nickname for the U.S. Navy’s Construction Battalion. The Seabees originated early in World War II as a means of replacing civilian construction companies working for the Navy in war zones. When World War II started following the Japanese attack on Pearl Harbor, the U.S. had close to 70,000 civilian workers on military installations overseas. International law made it illegal for them to resist an attack. To do so would classify them as “guerrillas,” for which they could be executed. That happened when the Japanese invaded Wake Island shortly after the Pearl Harbor attack.

The Seabees were skilled workers who were trained to drop their tools if necessary and take up their weapons at a moment’s notice to defend themselves.

VALLEY — Another historic building in Valley is about to come down. The River View gym, which was built in... read more