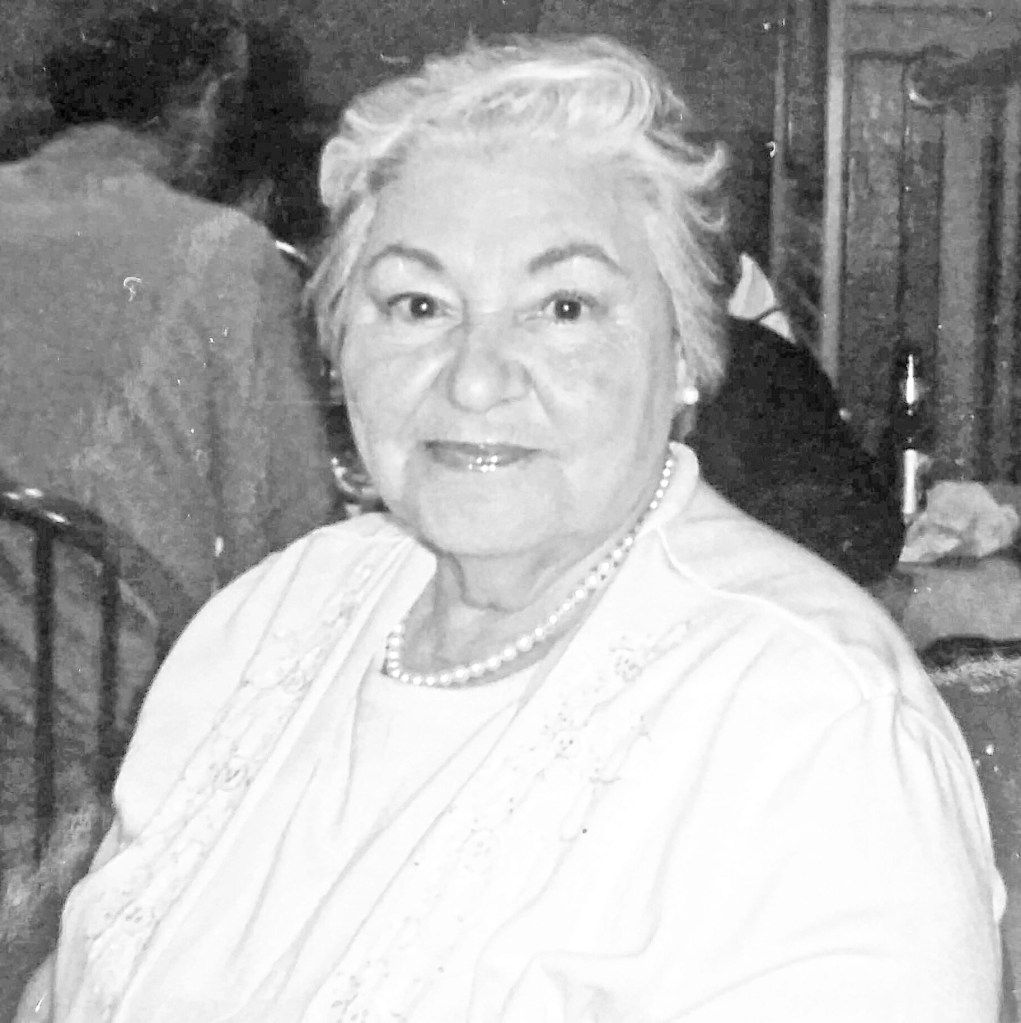 RALEIGH, N.C. — Maria Peña Robinson Martín, a former resident of Valley, Ala., died February 23, 2018 in Raleigh, N.C. She died peacefully after a long illness.   Her daughter Cecilia brought her to Raleigh so she and her husband, William (Billy) Barfield, could take care of her.   They cared for her for almost four years.

Cecilia was doing for her mother what her mother had done all her adult life.  Maria Martín took care of people.  She devoted her life to raising her eight children, and later, to loving her twenty grandchildren.  She would later delight in twenty-nine great-grandchildren.

Her care giving was not limited to her family:  in the Valley area, she nursed several elderly people who could no longer care for themselves.

Her generosity was legendary.  “She was the most generous person I ever knew,” said her niece, Carmen Candelaria.

In fact, her generosity was what attracted her husband and eventually brought her to leave San Juan, Puerto Rico to live in the States.  “I saw this beautiful young woman take off her own coat and place it around  the shoulders of another woman, someone who was probably flying to a cold climate.  I was on the phone to a friend, but said, ‘I’ve got to hang up.  I just saw the woman I’m going to marry.” Theirs was a whirlwind-romance three thousand feet above the earth.  She was a stewardess for Eastern Airlines and he a steward in the same flight crew. They married in New York City and began their family, settling in Atlanta, Ga., where he became a well-known sports writer for The Atlanta Journal.  The marriage lasted almost twenty years.

She lived in Atlanta until the late 1970’s when she moved to Chambers County, Ala., first in Stroud and then to the Chattahoochee Valley, where she eventually bought a house on 21st Street.  The woman who had lived in the cities of San Juan, Miami, the District of Columbia, New York and Atlanta learned to love the country.  She loved fishing, and had her special spots on West Point Lake and on Jericho Lake, the Robinson family home in Buffalo.

Yet she yearned for Puerto Rico, the Caribbean Sea, and the places where she grew up – Naguabo and Humacao, especially her family there.  Her siblings and she remained close, despite living far apart.  Eventually, she suffered the deaths of her brothers: Juan Vanancio Peña, Arturo Peña, and Alberto Peña.  Her sister, Maria Peña Candelaria of San Juan, Puerto Rico, died two years ago. Only one brother, William Peña Garcia, survives.  Their parents, Juan and Juana Peña, died before Maria Esther was five-years-old.  The family of Dr. Sergio Peña adopted her and she was raised by Juanita Pena in Humacao, Puerto Rico.

She is also preceded in death by her second husband, Roberto Martín.

Many of Ms. Martín’s grandchildren live in the west Georgia area, although a few live as far away as Oregon and North Carolina. Her brother Alberto’s grandchildren grew up in the Valley area to be close to her and have made their homes nearby.

Services will be Sunday at 2 p.m. CST at the Lebanon Presbyterian Church in LaFayette.  The viewing is Saturday from 5-7 CST at the Jeff Jones Funeral Home.