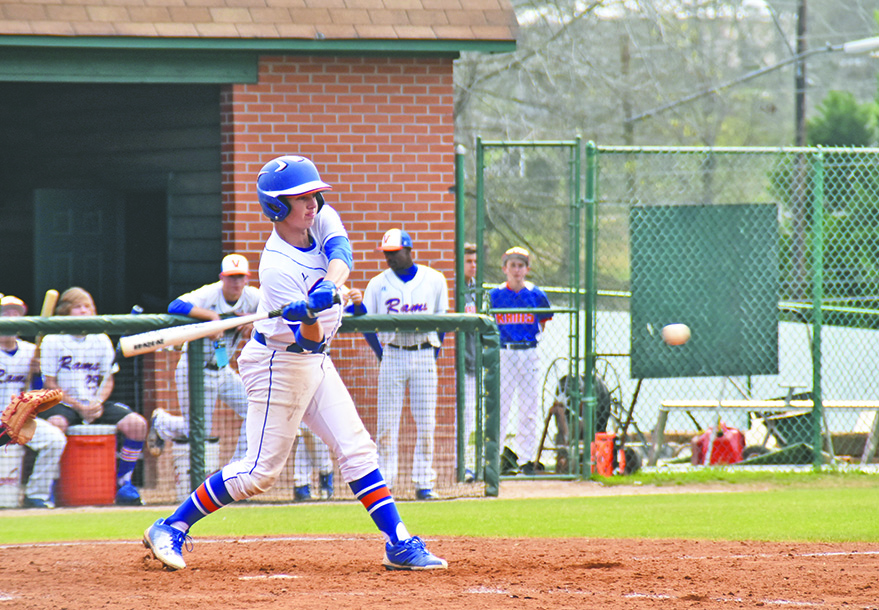 Rasmus, the Warriors coach, imparted words of encouragement during the exchange. He told Shivers that his Rams, who had just fallen to 8-10 on the season, were a better team than their record suggested. All that separated them from being a great ball club, Rasmus said, were a couple of timely hits.

Valley generated them at the Lake Martin Classic, held this week in Alexander City. The Rams (11-10) entered the competition on a five-game losing streak but exited on a three-game winning streak.

After dropping its opener to Sylacauga, the team earned consecutive victories over John Carroll Catholic, 5-1, Chelsea, 3-0, and Jemison, 8-5.

Shivers identified the triumphs as a potential turning point in the Rams’ season.

“It was really a breath of fresh air,” he said.

Against Class 6A John Carroll on Tuesday afternoon, the Rams rode the arm of senior pitcher Coby McDonald. He allowed only two hits and recorded five strikeouts in a complete-game effort. McDonald’s teammates had his back in the field, as Valley did not commit a single error.

John Carroll, on the other hand, committed six. The Rams’ capitalized on the Cavaliers’ mistakes and scored all but one of their runs on errors. Steven Coker launched a sacrifice fly that plated Chris Conner in the second inning to account for the other tally.

McDonald, Sam Henderson, Andrue Davis and Tyler Lott all connected for hits in the win, which halted a six-game losing streak.

Valley then parlayed its momentum into Tuesday night’s game against Chelsea, one of the better programs in 6A.

Josh Bledsoe duplicated McDonald’s showing from earlier in the day. He surrendered only four hits and struck out four en route to a complete-game shutout. It was just his second appearance since returning from an injury that sidelined him for more than two weeks.

“He said, ‘If you give me the ball, we’ve got a great chance to win,’” Shivers said. “It was just absolute dominance on the mound by Josh Bledsoe.”

Valley took control in the fifth inning, when it scored the game’s only three runs. The Rams strung together three straight hits with two outs and runners on base.

Eli Culpepper laced an RBI single; Davis laid down a bunt single that scored Culpepper with the aid of a Chelsea error, and McDonald pounded an RBI double that scored Davis. They were the timely hits Valley had been searching for.

The run support proved sufficient for Bledsoe, who held Chelsea at bay over the final two innings. Shivers said that Bledsoe knew the strengths and weaknesses of the Hornets’ lineup due to past encounters in travel ball.

“It was definitely a marquee win for the program in beating Chelsea,” Shivers said. “It’s very encouraging to be playing some good baseball right now.”

Valley continued its turnaround with Wednesday’s triumph over Jemison. Freshman Hunter Meadows started on the hill and pitched the first five innings.

He gave up five runs on four hits. Davis relieved him in the sixth and held Jemison scoreless in the final two innings.

McDonald and Culpepper led Valley at the plate. McDonald went 2-for-3 with two RBIs, while Culpepper went for 2-for-4. Coker, Davis and Lott also drove in runs.

The Rams will be off for the rest of spring break before returning to action on Tuesday. They will host Booker T. Washington in their 5A, Area 5 opener.