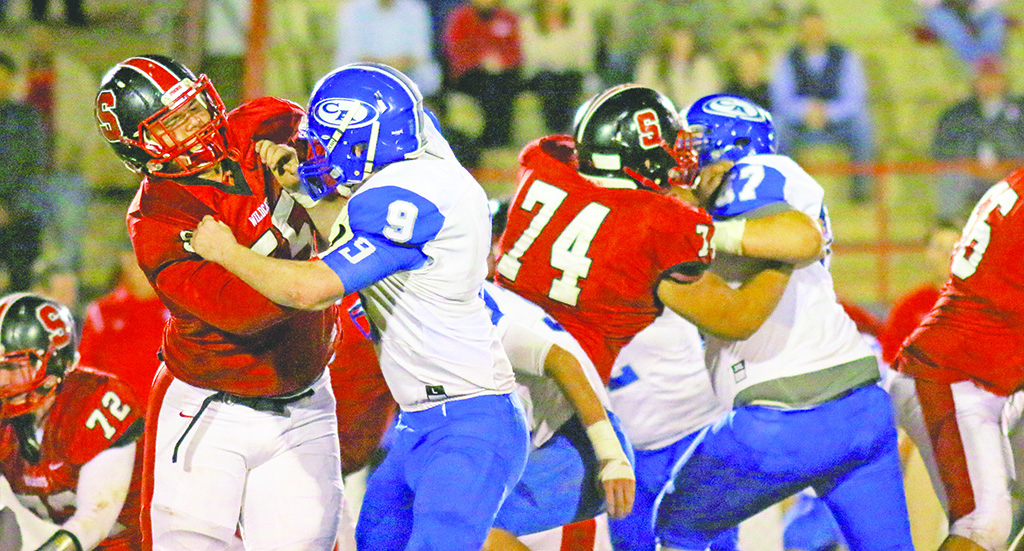 The Springwood School and Chambers Academy football teams will face new competition this fall due to the AISA's most recent wave of reclassification. (Times-News file photo)

Among the top takeaways: Springwood School and Chambers Academy will both face new competition on the gridiron this coming fall.

After spending the past two seasons in Class AAA, the Springwood football program will drop to AA.

“I think the move for the football team to go to AA is a psychological, emotional advantage,” Springwood Headmaster Rick Johnson said. “But physically, there are some teams there that are just as good. The advantage might be that you don’t run the gamut.”

Springwood’s two-year stint at AAA could be labeled an anomaly. Seldom in the football program’s history has it played in the AISA’s highest classification.

The Wildcats have a more polished track record when competing in AA. In the two seasons before they jumped to AAA — in 2014 and 2015 — they went 7-5 against region opponents.

“It’s a little more tolerable,” Johnson said, “but we better get prepared, we better get ready, we better make sure we’re doing our work. Otherwise, we’re not going to win games there.”

The Chambers Academy football program, meanwhile, will not transfer classifications.

But it will swap regions.

The Rebels, who have appeared in the past three Class A state title games, will switch from Region 1 to Region 2 this fall.

Chambers Academy athletic director and head football coach Jason Allen, a Rebel alum, said this is the first time that his school will compete in Region 2.

Four of his five region opponents are located on the western side of the state, mostly in the Tuscaloosa region. The only one that’s not is Cornerstone, which is near Birmingham.

Chambers Academy will now have to travel farther for away games to face teams it is less familiar with.

But Allen said he is confident that his players will adapt.

Along with cheerleading, football is the only sport in which Chambers Academy and Springwood will experience dramatic shifts.

Its total average enrollment, which is calculated based on the number of students in grades eight to 11, is 116.

By comparison, region rivals Lee-Scott and Glenwood boast average enrollments of 223 and 2019.

But Springwood won’t use size as an excuse.

“I certainly don’t want us to ever use who we play, where we’re positioned, as a crutch, because that’s not teaching the kids good life skills,” Wildcats athletic director and head boys basketball coach Drew Dorsey said. “We just have to put more focus into preparing ourselves.”