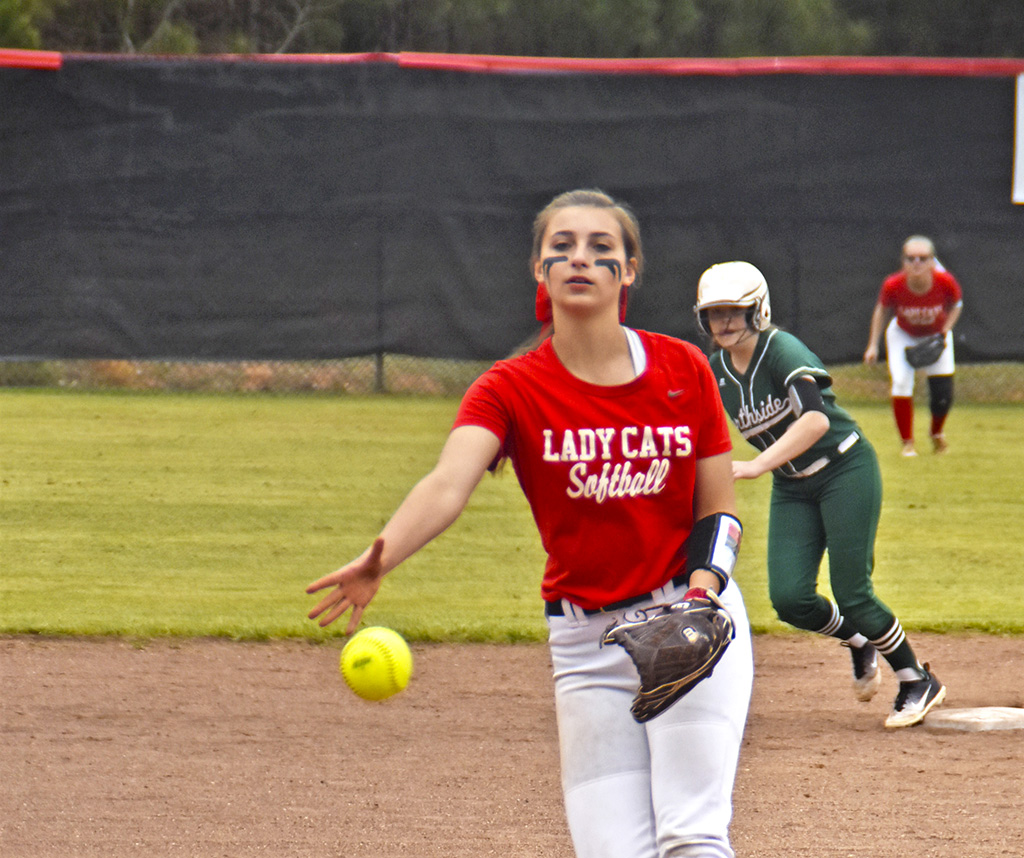 LANETT — The Lady Wildcats came up a few runs short.

On Friday, the Springwood School softball team dropped a 6-3 home decision to Northside Methodist. The visitors broke a 3-3 tie in the fourth inning and never surrendered their lead.

“We just didn’t take advantage of some opportunities when we had them,” Springwood head coach Galen Smith said. “But that’s the way it goes.”

Smith’s squad trailed 3-1 in the third inning, but the Lady Wildcats were able to muster a pair of runs in the bottom half of the frame.

Rachel Remmel led off with a single up the middle. She then stole second and third base before crossing home plate on a McKayla Barber single.

Emma Jennings, who reached base on a walk, scored Springwood’s other run on an Allie Davis groundout.

Then, the Lady Wildcats’ bats faltered. They managed only one hit over the final four innings.

“We’ve got a few little nagging injuries that are slowing us down a little bit, but it’s just this time of the season,” Smith said. “It’s to be expected, and we’ve just got to fight through it.”

Barber paced Springwood at the plate, going 2 for 3 with a single, double and RBI.

She also started in the circle. Barber gave up 12 hits and recorded five strikeouts over seven innings.

Springwood will rely heavily on Barber in the next few games. Jennings, the team’s other top pitcher, is battling an injury.

The Lady Wildcats  (8-11) will return to action on Monday when they face Evangel in a road doubleheader.  The team will then host Lee Scott on Tuesday.

“They’ll come back,” Smith said of his team. “They’ve got a good spirit about them.”