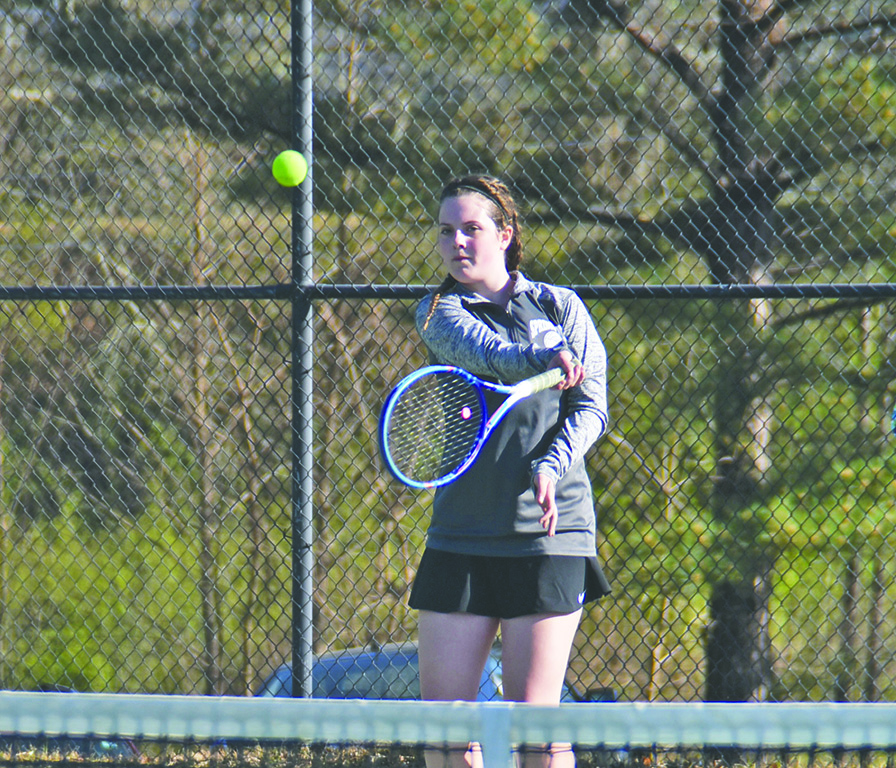 Senior Elizabeth McClendon is the top player on the Springwood School girls tennis team. She is 5-2 in singles this season. (Photo by Sam Chandler)

LANETT — Tony Oswald did not expect the Springwood School boys tennis team to be in its current position.

Not after graduating four seniors. Not with a six-man lineup that includes three sixth-graders.

But entering today’s regular-season finale in Montgomery, the Wildcats already have a seventh consecutive region title locked up.

“We’ve had a good run with the boys for sure,” said Oswald, Springwood’s seventh-year head coach.

His 7-0 team will face Eastwood Academy and Tuscaloosa Academy in today’s tri-match. On the line will be seeding for the state tournament, which the Springwood boys have qualified for.

Reddy and Albertson also have yet to lose in doubles, where they form a formidable duo. Last year, they finished as the state runners-up.

A trio of sixth-graders fills spots four through six for the Wildcats. Dylan Reeves, Ethan Mabrey and Corbin Phillips have done well in their first seasons of varsity tennis. Mabrey even boasts a winning singles record, 4-3. He also is 4-3 in doubles, where he teams up with Dykes.

“What I’ve tried to do over the time period of having decent teams, or great teams, is getting them younger,” Oswald said of his preteen players, “and building them up so that they have longevity here.”

The Springwood girls are youthful as well, but that has not prevented them from clinching a spot at state. They enter today’s match with a 4-3 record.

Elizabeth McClendon, the team’s lone senior, has set the tone for her squad. She possesses a 5-2 record at the top singles position and a 6-1 record in doubles, where she plays alongside eighth-grader Sarah Smith.

Another eighth-grader, Jesilyn Mabrey, competes at the No. 2 singles position. She is 4-3 on the season.

Sophomore Ashton Westbrook sports a 6-1 singles record at the No. 3 position. Grace Foster and seventh-grader Anna Smith round out the Lady Wildcats’ top five. Both are 4-3 in singles.

Both teams will aim to improve their records today before turning their attention to the state tournament, set for April 9-10.