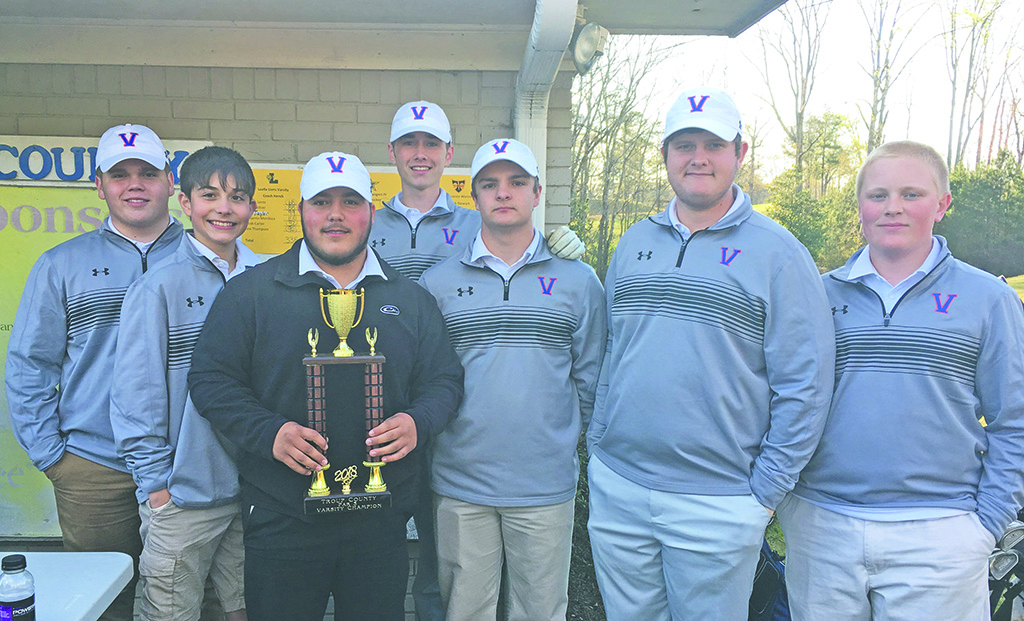 But the absence of Trevor Harry and Jackson Blanks didn’t hinder the Rams.

Led by junior Nicholas Fulcher, they won the tournament at the First Tee of Troup County golf course.

“The kids were excited that we won it,” Rams head coach Mike Power said. “It’s good to be able to say we won the Troup County Par 3 Invitational.”

Participating golfers played the nine-hole, par-27 course two times on a cool, windy afternoon. Fulcher recorded the Rams’ lowest 18-hole total with a score of 77. He was followed by Bradley Nelson, who carded an 80, and Judson Garner, who carded an 81.

Matthew Allen rounded out the team’s top contingent with an 83. Together, the top four scores contributed to the team total. Wyatt Smith (87) and Cameron Cotton (91) also competed for the Rams.

“This was a good tournament to take them to because it’s an easier and shorter course,” Power said. “I like getting my kids over there because it helps them out as far as working on their iron shots a little bit.”

Since a few of Valley’s golfers are first-year players, Power said that Troup’s event provided his Rams a great opportunity to build experience and confidence in a manageable setting. Most holes were 100-150 yards long.

The Valley golf team will look to carry its positive momentum into its next tournament. The Rams will play in the Auburn Invitational on Monday at Moore’s Mill Club.