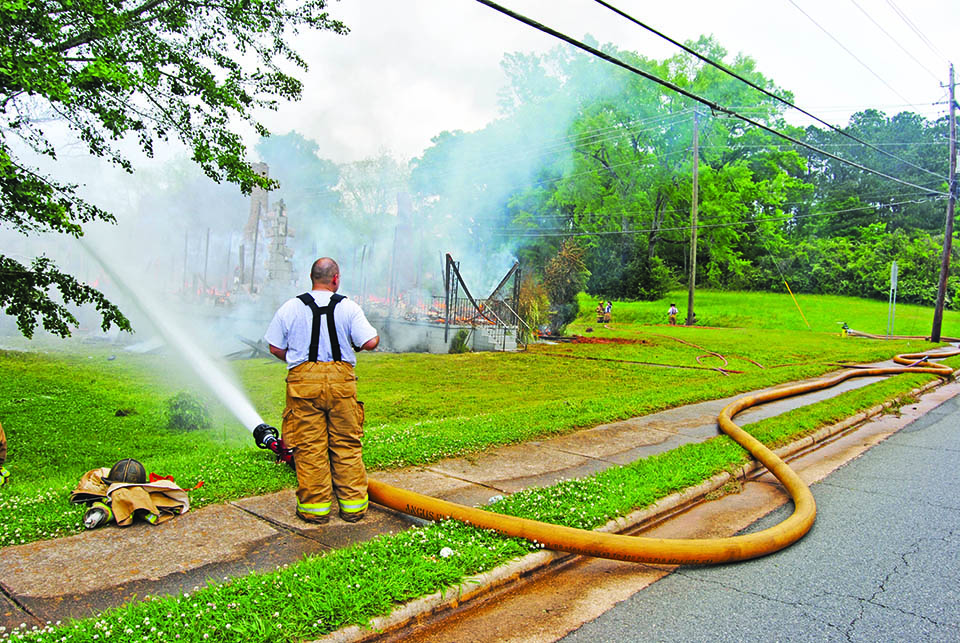 An abandoned house on East 10th Street in West Point was burned by the West Point Fire Department Wednesday morning.

According to Fire Chief Mit Smith, a total of eight firefighters took part in the practice drill and a total of four WPFD vehicles were used.

The house was located on one of the lots involved in the land swap between the city and the West Point Development Authority.

With that arrangement, the city now owns the West Point Technology Park site and the Development Authority owns land that can possibly be redeveloped along the gateway into the city from I-85.