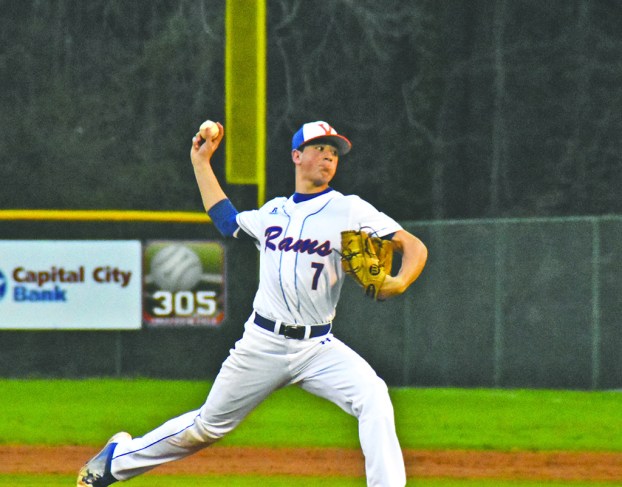 Valley High School freshman Will Kennedy is part of a pitching rotation that will help determine the Rams’ fate down the stretch. (Times-News file photo)

GREATER VALLEY AREA — Many local high school baseball teams have surpassed the halfway point of their schedules. Now, they are staring down the final stretch.

Here is a look at where each squad stands as the season approaches its fever pitch.

The Bobcats started the season by picking up where they left off in 2017. Under head coach David Russell, Beulah won more games last spring, 12, than it had in the previous five seasons.

The Bobcats clinched eight of their first 14 games this season and could have secured a few more had they not buckled late. But the team has struggled mightily since pushing two games above .500 in mid-March, dropping six straight. Included in the current slump was a three-game sweep by Class 3A, Area 6 nemesis B.B. Comer.

Now, the Bobcats (8-12) face an uphill battle to playoff qualification. A series of must-win area games begins on Tuesday against Central Coosa and continues next week against Randolph County.

The Rebels have been up and down this spring, and their 7-10 record reflects that. Sour losses have sandwiched quality wins.

But overall, Chambers Academy appears to be heading in the right direction. In the lead-up to spring break, it beat rival Springwood in convincing fashion before falling just short against Lee-Scott Academy.

The Rebels lost  2-1 in extra innings to the AISA’s sixth-ranked team.

Performances of that caliber strengthen head coach Dillon NesSmith’s belief that his squad will fare well in April and beyond, when it faces more intraclassification competition. Chambers Academy is a Class A school. Many of its past opponents have been AA and AAA.

If the Rebels are able to develop and maintain consistency at the plate, they could be dangerous in the postseason — especially with an ace pitcher like Gavin White.

The Bulldogs gave up an average of 16 runs per game en route to an 0-6 start. As of Monday — when they faced Loachapoka — they were still searching for their first victory of the season.

But opportunities to notch a couple of triumphs are right around the corner. Next week, LaFayette plays four games against Class 2A, Area 8 rival Lanett, which also has struggled.

The Panthers (2-8) have been ailed by inconsistency, especially on defense. Opponents have plated 13 or more runs in all but one game. As a result, Lanett has struggled to keep up in a never-ending runs’ race.

2A, Area 8 opponents Horseshoe Bend and Reeltown are almost a sure lock for the postseason, but that doesn’t mean the Panthers have nothing to play for. On the schedule next week are two doubleheaders against rival LaFayette.

Lanett head coach Hunter Ames has had those dates circled on his calendar since the beginning of the season. Winning the overall series would be a high achievement for a team, and program, that is still in rebuilding mode.

The Wildcats halted a five-game losing streak when they defeated Flint River, 16-2, before spring break. Now, they will try to build on it. Springwood faces area opponents Lee-Scott and Glenwood School in consecutive weeks. It lost to both in the teams’ first meetings.

Notching positive results will be critical for Springwood if it wants to generate some momentum prior to the playoffs. To string together victories, the Wildcats will need to minimize defensive mistakes and execute offensively.

Thus far, the team has battled inconsistency. That’s why it has a 6-12 record.

The Rams appear to have turned a corner at last week’s Lake Martin Classic. Valley entered on a five-game losing streak and exited on a three-game winning streak. It earned quality victories over John Carroll Catholic, Chelsea and Jemison.

Timely hitting and dominant pitching sparked the Rams’ successful tournament run, much to head coach Patrick Shivers’ delight. Valley had yet to click on all cylinders until then.

Previously, strong performances on the mound were wasted by a lack of production at the plate, and vice versa.

If Valley (11-10) continues to play in sync, it will be difficult to beat. The Rams start 5A, Area 5 play this week with a series against Booker T. Washington, which it should cruise past.

Next week, they will face Beauregard in a series that will likely decide the area champion.