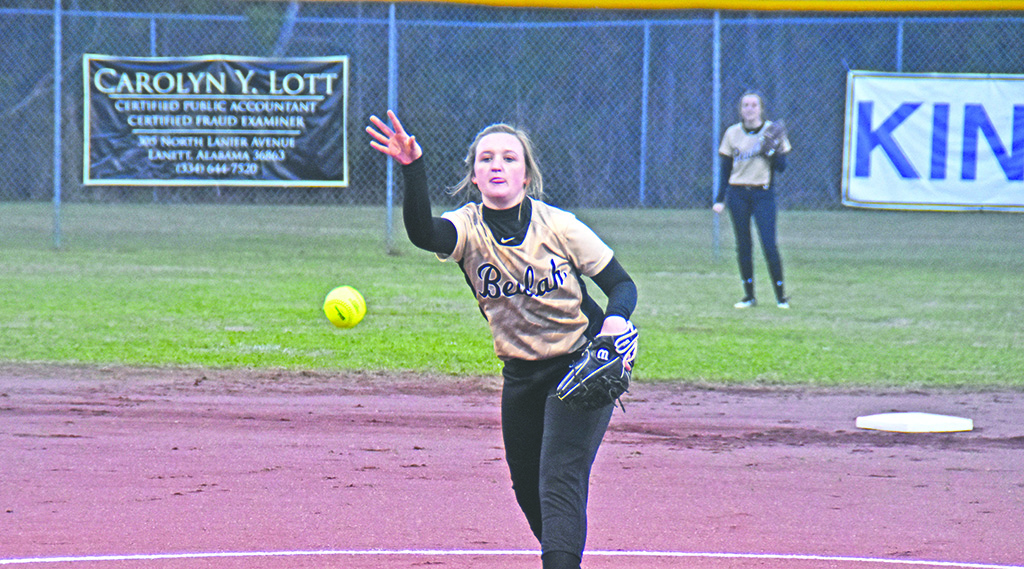 Kensley Kirby and the Beulah High School softball team are off to a 5-2 start. (Times-News file photo)

GREATER VALLEY AREA — Many local high school softball teams have surpassed the halfway point of their schedules. Now, they are staring down the final stretch.

Here is a look at where each squad stands as the season approaches its fever pitch.

Under the direction of head coach Allison Aikens, the Lady Bobcats (5-2) are rocking and rolling. Already, they have notched impressive Class 3A, Area 6 victories against Randolph County and B.B. Comer.

Beulah has been propelled by its high-powered offense, which has plated at least 11 runs in the past six games. Few teams can maintain a similar pace. Beulah, which plays Central Coosa on Tuesday, faces a clear path to an area crown: just keep winning.

The Lady Rebels began the season on a tear and won eight of their first nine games. That torrid start earned them a top 10 state ranking in the AISA.

Chambers Academy has since dropped lopsided contests to large-school competition — Springwood School, Lee-Scott Academy and Edgewood Academy— and holds an 8-4 record. But don’t expect Brandi Fuller’s team to continue slipping once it plays against programs its own size.

The Lady Rebels have an ace pitcher in eighth-grader Chloe Mitcham in addition to a potent lineup. At their best, they have the potential to make a deep postseason run.

The Lady Bulldogs have not had the best luck this season. Of the five games on their pre-spring break schedule, three were canceled. The other two resulted in losses.

But LaFayette head coach Jessica Brewer is hopeful that April will bring her team better fortune.

Led by head coach Galen Smith, the Lady Wildcats have cobbled together what amounts to an average season. That’s not bad considering the adversity they’ve faced.

Ace pitcher Emma Jennings has been held out of the circle since mid-March with an injury, and she’s not the only hobbled contributor. The Lady Wildcats (9-12), who have relied heavily on pitcher/slugger McKayla Barber, will need a healthy lineup to turn the corner.

The Lady Rams have earned a pair of victories against 5A, Area 5 opponent Booker T. Washington and have secured a playoff spot.

The team will contest its final area matchup on Tuesday against Beauregard.