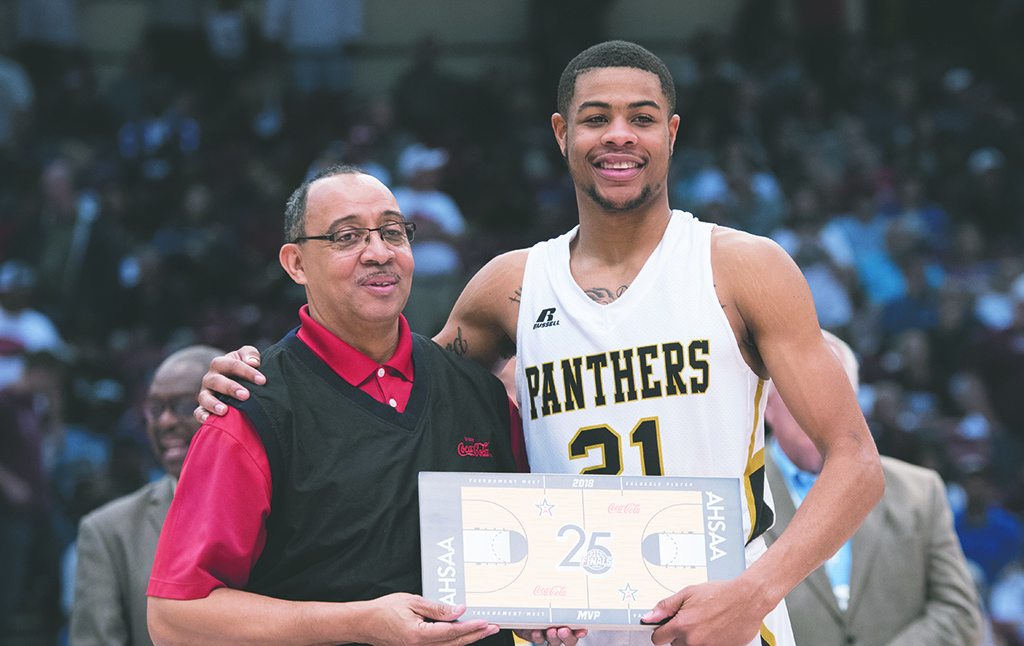 On Tuesday, the Lanett High School senior basketball player signed with the University of North Alabama.

By inking his letter of intent, Littles capped a two-week period in which he reopened his recruitment.

The 6-foot-8 forward originally signed with Florida Atlantic University in February, but was granted a release on April 3 following a coaching change at the school.

“It feels great,” Littles said. “It felt better to sign the second time than the first.”

He replaced longtime coach Bobby Champagne, whose contract was not renewed after a 15-13 season in the NCAA Division II Gulf South Conference.

Littles met with Pujol and his staff during a recruiting trip last weekend. Littles spent Friday to Sunday exploring the Florence campus and acquainting himself with the team. He said the school felt like home. Pujol assured him that it would be an ideal fit.

“He has big plans for me, and not only me, but for the school,” Littles said. “I just want to be a part of that.”

North Alabama athletics will transition from Division II to Division I beginning next school year. The Lions will compete in the Atlantic Sun Conference, which includes schools like Florida Gulf Coast and Lipscomb.

Little said the categorical leap played a role in his decision. The university’s proximity did, too. Florence is about 350 miles closer to home than Boca Raton, Fla., where Florida Atlantic is located. The reduced distance will make it easier for family members to watch Littles play in person.

Littles said that he hopes his decision to stay in state will encourage other top players from Alabama to do the same in the future.

Notably, Littles is the second Lanett athlete to sign with North Alabama this academic year. Classmate JaWon Howell will play football for the Lions in the fall.

He said he believes that Littles will excel there.

“They get up down the floor like we do at Lanett. They pressure on defense, and they like to play at a fast pace,” McCants said. “It should be an easy transition for him from high school to college.”

As a member of the Lions program, Littles will look to build on a decorated high school career that included three consecutive Class 2A state titles. He averaged 17 points, 16 rebounds, three assists and nearly two blocks per game this past season.

Littles was named MVP of the state tournament, selected to the All-State first team and tabbed a finalist for the 2A Player of the Year award.He leaves behind a legacy in Lanett. In Florence, he will strive to create a new one.