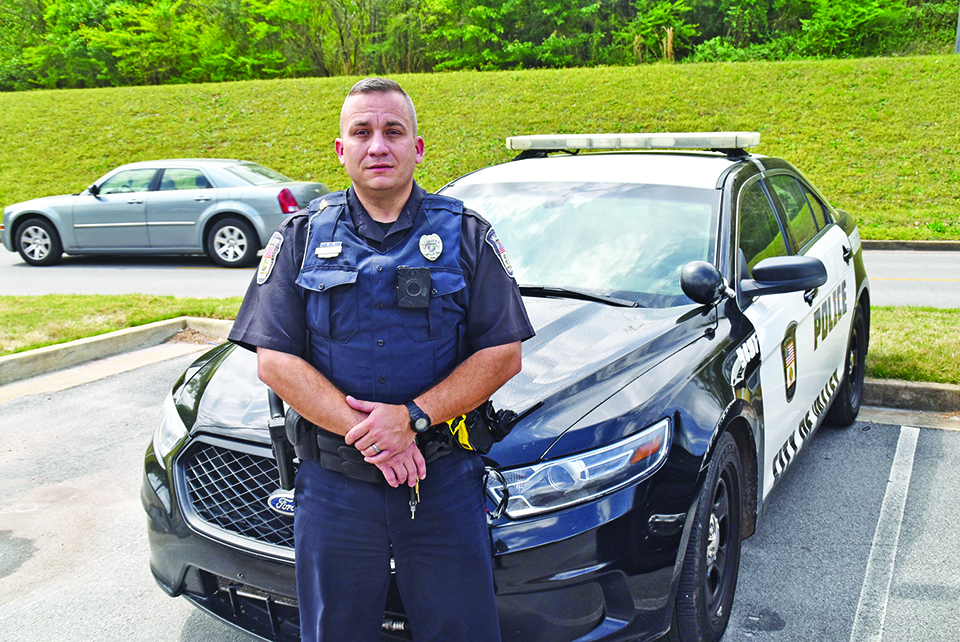 VALLEY — Police officers have a tough job and most try to find some way of making it a little easier.  For officer David Maddux of the Valley Police Department, that  means getting out and talking to members of the community to build a stronger relationship.

Maddux, a nearly 12-year veteran officer, got his start in LaFayette in 2006. He later moved to Lanett to shorten his commute each day.

Maddux added that each day is different. Sometimes he’s dealing with shift changes while others see him directing traffic or going on calls. Of course there is always going out on patrol.

No matter what, though, Maddux always makes time to get out and talk to the people in the community and get to know them.

“It helps them to know we’re out here to help and do our job,” he said. “It’s building a better relationship.”

Maddux pointed out that some ask him for advice.

That dedication to serving the public through a good relationship, as pointed out by Maddux, began with his father and grandfather.

“It runs in the family,” he said. “Both my granddad and dad were sociable people. You see them do it and copy them.”

With a laugh, Maddux added, “I don’t smile as much as my dad, though.”

His father served as a police officer for the city of Lanett.

Outside of work, Maddux likes to spend time with his wife, Sarah, and their three children: 13-year-old Anyssa, 8-year-old Tristyn and 2-year-old Charlotte.

“I’ll take the kids out and  spend time with them,” he said. “Tristyn likes to run and is trying to see what sports he likes.”