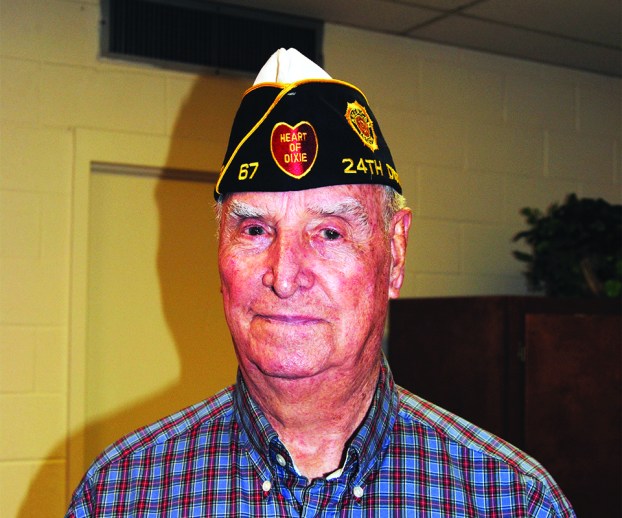 Wayne Clark | Times-News 20-YEAR ARMY VETERAN: Lanett resident Johnny Miles saw much of the world in a 20-year career in the U.S. Army. From 1948-68, he was stationed at Fort Bragg, N.C., Fort Knox, Ky., Germany, Korea and Vietnam. He used to work on helicopters. He’s now more into gardening.

LANETT — Lanett resident Johnny Miles had a lengthy career in the U.S. Army, spanning one war in Asia to another one.

He joined the Army in 1948 and retired in 1968. In his 20-year stint in the military he spent time in both Korea and Vietnam.

“For the first seven years I was in the Army I was stationed at Fort Bragg in North Carolina,” Miles said. “I was then assigned to a technical unit at Fort Knox, Ky.”

Miles became quite skilled at working on helicopters. He did that in Kentucky, during his stay in White Sands, N.M. and several tours of duty in Germany, Korea and Vietnam. He was a maintenance supervisor when he retired from the service in 1968.

“My last tour of duty was at Tan Son Nhut Air Base near Saigon,” Miles said. “We protected one of General Westmoreland’s main airfields.”

During the Vietnam War, the U.S. used the base to station Army, Air Force, Navy and Marine units. After the fall of Saigon in 1975 it was taken over by the Vietnam People’s Air Force and remains in use today.

After leaving the service, Miles made use of the skills he’s learned in the Army at the West Point Foundry and Machine Company. He now lives on North 18th Street in Lanett and is an active member of the First Baptist Church of Lanett. During the warm weather months he has a garden in his backyard.

“I used to grow a little of everything, but now I’m mostly into growing tomatoes and cucumbers,” he said

“When we need someone to help out in some way we can always call on Johnny,” he said.