Moving has been good for Gibson’s 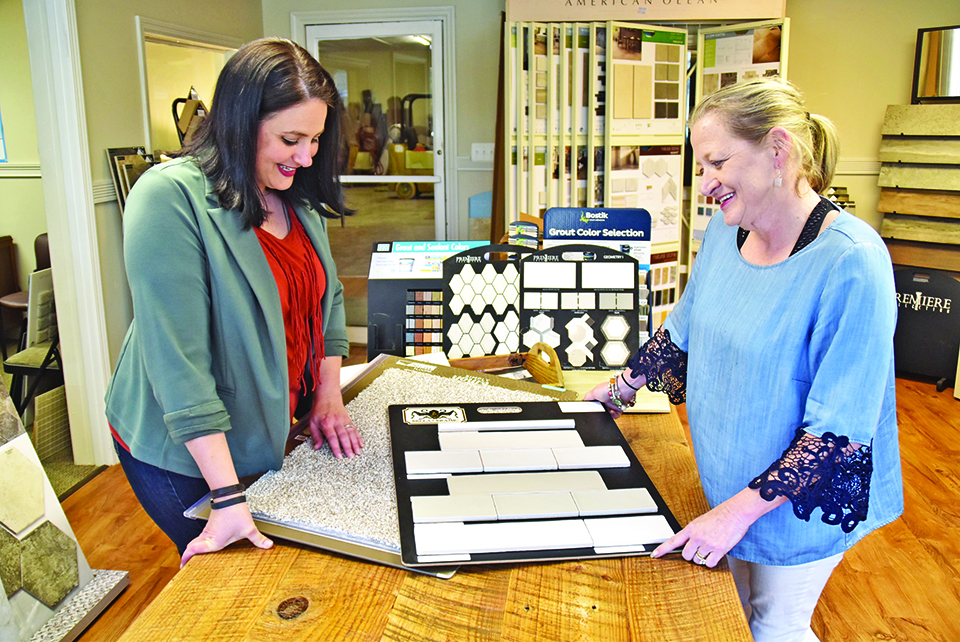 LANETT — The Greater Valley Area is full of businesses with decades of history but recently one of those has seen an uptick in business thanks to a change in location, Gibson’s Floor Covering.

Office manager Kim Cook said the business has been open for over 50 years and been under its the ownership of Steve and Peggy Jenkins for the past 41. Recently they moved from Valley to Lanett across the street from the city hall.

“It’s been good since the move,” Cook said. “We were on Fob James Drive for 10 years and it was really slow there.”

The move took place in September 2017.

“We saw more traffic in the past few months than we did in the past five years,” Cook said. “It’s been a good change.”

She added that this past winter saw an increase in business compared to other years.

“A lot of people have said they didn’t know we were here,” Cook said. “Customers have liked the move and they like that it’s easier to pick things out.”

Cook listed several reason for the move, including having too much room for their need.

She also pointed out that surprisingly the move worked in their favor because the Lanett Streetscape project started after they moved, increasing the aesthetic appeal of the storefront.

“We’re very pleased with the work,” salesperson Donna Oliver said. “It looks so much better now.”

There are no plans to do anything with the new store, with Cook citing it’s exactly what the need to do the job right.

“We see about four to five people on average a day,” she said. “That’s pretty good. We also get more calls.”

Oliver added that the city of Lanett has been good to work with.

Know a business in need of recognition? Let us know! Email news @valleytimes-news.com.