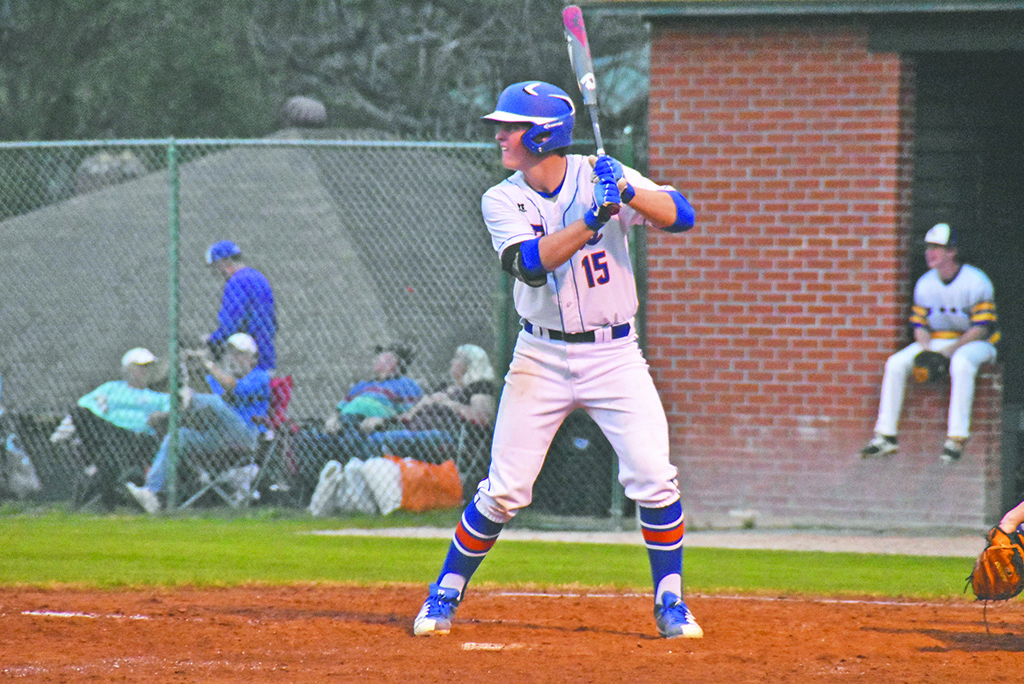 But Rams head coach Patrick Shivers wasn’t too keen on the idea at first. His team was scheduled to play at 7A Smiths Station on Saturday afternoon, and he feared a loss would put a damper on the festivities.

His players proved he had no reason to worry.

In Valley’s regular-season finale, the Rams (17-11) erupted for 11 runs in the final inning to cement a 14-3 victory against Smiths Station, an opponent it had fallen to earlier in the season.

“It was nothing like nothing I’d ever seen,” Shivers said of the explosive seventh inning.

Josh Bledsoe and Chris Conner delivered the biggest hits in a frame full of them.

The first wave of fence-clearing hits turned a 2-0 deficit into a 3-2 lead. The second wave turned a 3-3 tie into a runaway. Together, the two seniors combined for 12 RBIs.

Their prolific production allowed McDonald, the starting pitcher, to secure his fourth win of the season. He gave up three hits and struck out five over seven innings.

“I told the guys, ‘When you’re hitting like this and you’re pitching and you’re playing defense like we’ve been doing, there aren’t many teams that can beat you,” Shivers said.

Valley has scored 32 runs off 31 hits in its past three games and has won nine of its last 10 dating to March 27. The only loss came last Tuesday to Beauregard, which the Rams proceeded to sweep in Thursday’s area-deciding doubleheader.

The area triumphs earned Valley hosting rights for the first round of the state playoffs. On Friday, it will open a best-of-three series against Sylacauga at Crestview Field.

The Rams faced Sylacauga on March 26 in their first contest at the Lake Martin Classic. Multiple errors and a lack of timely hitting doomed Valley in a 6-1 defeat.

Sylacauga, the Area 8 runner-up, carries a 19-5 record into the series. It was ranked ninth in the most recent Alabama Sports Writers Association state poll.

“They’re a good team, but they’re beatable,” he said. “If we keep playing the way we have been, I think that we can definitely beat Sylacauga.”