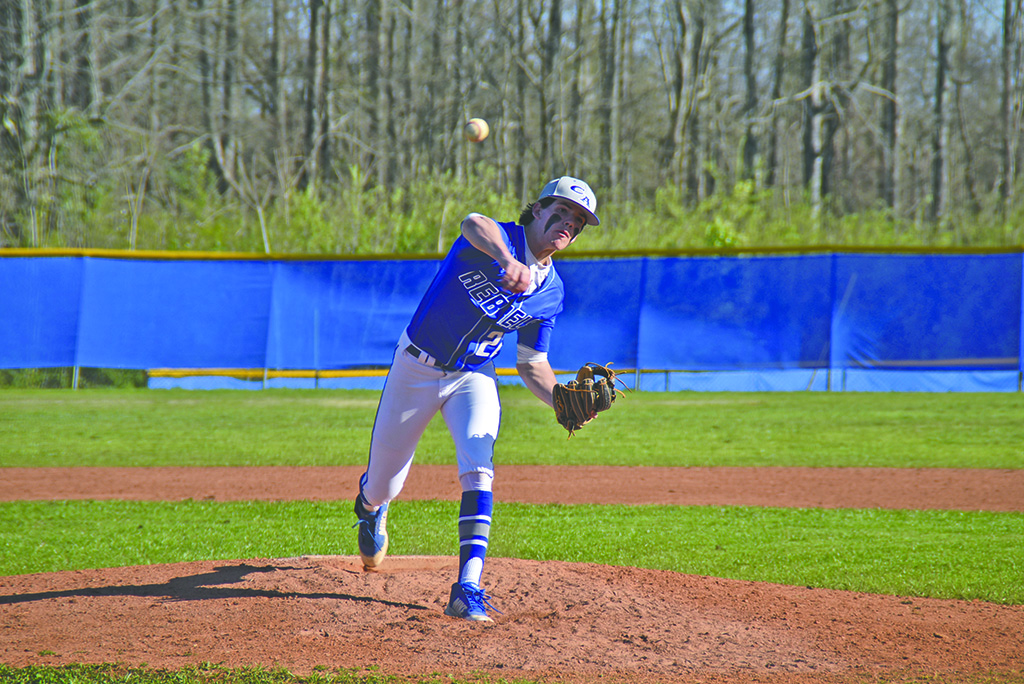 COLUMBIANA — The Chambers Academy baseball team is heading to the AISA state semifinals for the first time in a long time.

On Saturday, the Rebels blanked Cornerstone Christian, 16-0, in the final game of a best-of-three Class A playoff series.

Thanks to sophomore Caydon Smoot’s no-hitter and senior Gavin White’s grand slam, Chambers Academy secured a spot in its first final four since 1999.

“It’s something that we had as a goal from the beginning of the season,” Rebels first-year head coach Dillon NesSmith said. “That’s the fun part about it. We expected to be here all year. We knew that our schedule was tough, and we knew we had to keep just plugging along.”

NesSmith’s confidence in his team did not waver earlier in the spring, even as the Rebels’ losses outnumbered their wins midway through their campaign.

His players have validated his belief in the postseason.

After pounding Sparta Academy at home in the playoffs’ first round, 13-3 and 10-0, they summoned the strength to win a hard-fought series on the road at Cornerstone this past weekend.

Chambers Academy (17-11) trailed by a run in the final inning of Friday’s opening game. But Luke Davis, a senior, delivered a clutch, two-run double to bump his team ahead, 4-3.

Davis’ fellow senior put the finishing touches on a complete game in the bottom of the seventh inning to seal a victory. He finished with five strikeouts.

The steep deficit proved insurmountable, and the Rebels fell, 12-6.

The loss set the table for Saturday’s decisive third game. Smoot rose to the challenge. The southpaw threw his team’s first no-hitter of the spring, fanning six in a complete-game effort.

Smoot pitched mostly in relief during the regular season, taking a backseat to White and Davis. But NesSmith told him that he would be the next man up if a playoff series went to three games.

The magnitude of the moment didn’t faze him.

Smoot said he could tell before the game that he was primed for a solid showing. During warmups, he was able to locate his pitches. He did the same during the game.

Smoot’s teammates, meanwhile, had his back in the field and at the plate. Chambers Academy batted through the lineup twice in an outlook-changing second inning

White punctuated the mashing with a grand slam.

The series win secured Chambers Academy a home date with Jackson Academy, which advanced to the semifinal round by dispatching Crenshaw Academy last weekend.

The Rebels will host their upcoming opponent, which they haven’t faced this season, in a best-of-three series beginning Wednesday at 3 p.m. (CDT).

Games one and two will be held in succession on Wednesday. If necessary, a decisive third game will be held Thursday.

On the line will be a spot in the state final. That’s where NesSmith believes his team belongs.

“I can’t say how proud I am of these kids,” he said. “We never gave up. We never looked at our record and thought otherwise. We’ve just played hard every day we’ve had an opportunity to play.”

Now, it’s a matter of how long they can keep playing.