Replay on the way 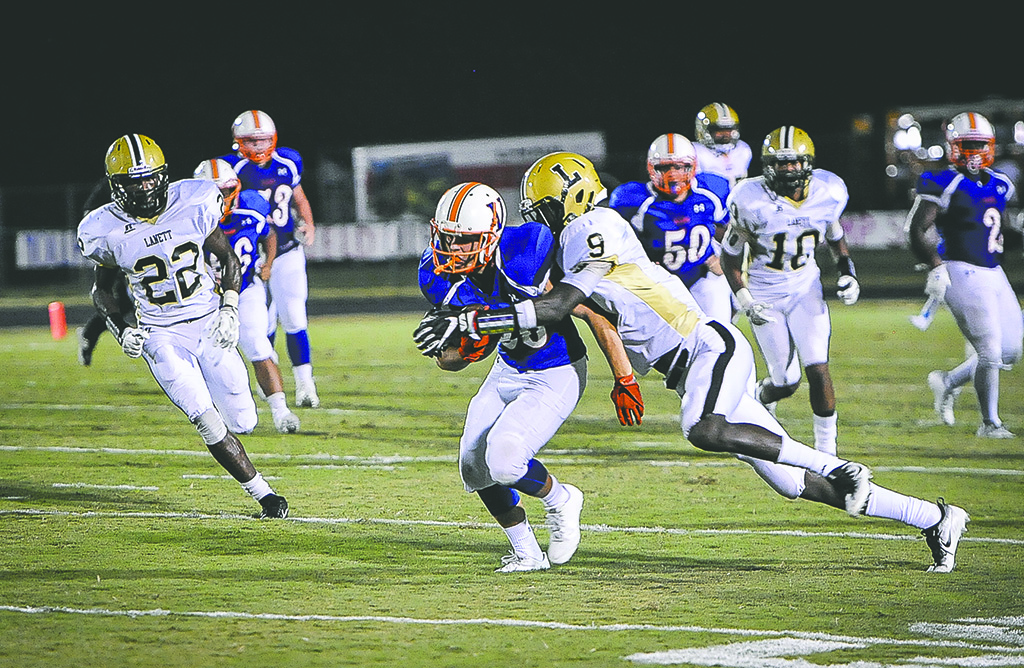 The Alabama High School Athletic Association announced on Thursday that it will implement instant replay in high school football beginning this fall. Beulah, LaFayette, Lanett and Valley all will have the option to use it. (Times-News file photo)

GREATER VALLEY AREA — Lanett High School head football coach Clifford Story has disagreed with referees. But that’s not uncommon among those in his profession.

Disputes frequently arise over decisions of various magnitudes. A late hit. An incomplete pass. A fumble.

Often, the call in question exacts minimal impact on a game’s outcome.

There are times, however, when it can alter a contest’s complexion.

Story remembers one such instance rather unfondly.

In the 2016 Class 2A state semifinal, a call made by the head official was reversed by a side judge. Video evidence reviewed by Story and his staff after the game revealed it shouldn’t have been.

“We went from driving to tie the game up to going down by two touchdowns,” Story said. “That made a major impact on that game.”

Lanett ended up suffering a season-ending defeat, 33-20. Story is hopeful such costly oversights will occur less frequently this fall.

On Thursday, the Alabama High School Athletic Association announced that it will implement instant replay at high school football games beginning in the 2018 season.

Alabama is the first state to introduce the technology on a wide scale at the high school level.

The National Federation of State High School Associations granted the AHSAA permission to test instant replay’s effectiveness on an experimental basis for up to three years.

Story is on board.

“If an official makes a call that can be fixed right then and there to change an outcome of a game, that will be real big,” he said. “It will pay dividends for our program.”

Buster Daniel, the head football coach at Valley High, agreed with Story. In his opinion, the high school game only stands to benefit from the implementation of instant replay reviews.

But he does have concerns, particularly in regard to affordability.  Daniel worries that programs competing in Class 5A — like his Rams — and below will lack sufficient funds to finance the innovation.

The four AHSAA member schools in The Valley Times-News coverage area fall in that category. Beulah plays in 3A, while LaFayette and Lanett play in 2A.

“The problem you got is most schools can’t afford the cameras that they need to do the instant replay,” Daniel said. “A lot of your big 6A schools, 7A schools got money. The rest of us down here, just common people, we don’t have the money for that kind of stuff.”

The AHSAA indicated in a press release that it is committed to working with DVSport, creator of the instant replay software that will be utilized, to ensure the technology is cost effective.

Story believes it will be.

“By me knowing the way the Alabama High School Association works, they’re going to keep the costs down to the bare minimum so all of the schools will be able to afford to do it,” Story said.

His primary concern, however, pertains to the technology’s effectiveness.

Beulah relies on a pair of older cameras to record games from two vantage points: the sideline and the end zone. The setup enables Flournoy and his staff to capture action from wider angles.

They can only examine the film so closely.

“We can see kind of big picture stuff, but can we get that sideline angle to show that he stepped out of bounds or not?” Flournoy asked. “Will you have a definitive call to be able to overturn something. I don’t know if the quality of video is good enough to overturn the calls.”

According to Section 2 of the AHSAA’s new instant replay protocol, the review process operates under the assumption that the ruling on the field is correct. The only way an official can overturn a call is if he or she finds indisputable video evidence that proves the call was wrong.

It remains to be seen how precise the system will be.

The number of programs that integrate instant replay into their Friday night contests is up in the air as well.

In the aforementioned press release, the AHSAA underscored that schools are not required to purchase the hardware and software required to adopt instant replay. Participation is optional.

But Flournoy, like Story and Daniel, is willing to give it a chance.

“I think it’s just a step moving forward into the future,” Flournoy said. “I think as technology gets better, it will be better.”