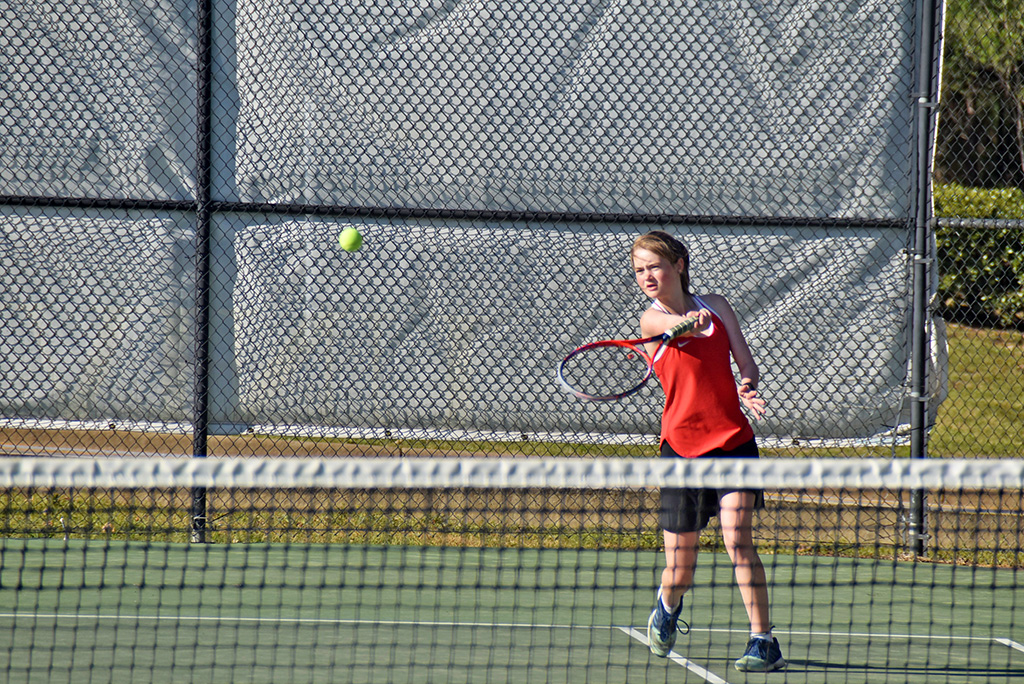 As they sizzled serves and perfected volleys in their final pre-state practice, he could tell they were prepared to compete.

“They’re focused and they’re about as ready as they can possibly be,” Oswald said. “If they could go right now to Lagoon [Park] and play, I think every one of them would say, ‘Let’s go.’”

On Monday, Springwood will open play at the AISA State Tennis Tournament at Lagoon Park in Montgomery. There, the Wildcats will aim to improve upon last year’s finishes, when the boys placed third and the girls placed fifth.

“This year, I think we have a really good chance to win,” sophomore Chandler Dykes said of his boys team.

In seven years at Springwood, he said he has not coached a team as well-positioned to vie for a title as this one. It lost only one match all season, and that was with an incomplete lineup.

Reddy, a senior, enters as the tournament’s top overall seed. He is undefeated on the season and appears on track to capture his first individual state crown. Albertson and Dykes also have shots to advance deep in the tournament at the No. 2 and No. 3 singles positions.

Both have clinched a top-two seed in their draw. Reddy and Albertson have secured the top doubles seed, too.

“This may be the best team we’ve put in there on the boys side,” Oswald said.

The Springwood girls stand a fighting chance to earn a title as well. Although they sustained a few more losses than the boys during the regular season, their cumulative margin of defeat remained slim.

Only one match separated them from finishing atop the region.

Top singles player Elizabeth McClendon, a senior, will lead the Lady Wildcats at state. Oswald said that if she performs up to her potential, she will have a shot to make a run.

So, too, will eighth-grader Jesilyn Mabrey and sophomore Ashton Westbrook, who play at the No. 2 and No. 3 singles positions.

“I want to see if I can win it,” said Mabrey, who will be participating in her first state tournament. “I think I will be able to if I play my best.”

The state tournament will begin Monday with quarterfinal and semifinal matches.  Finals will be held Tuesday.