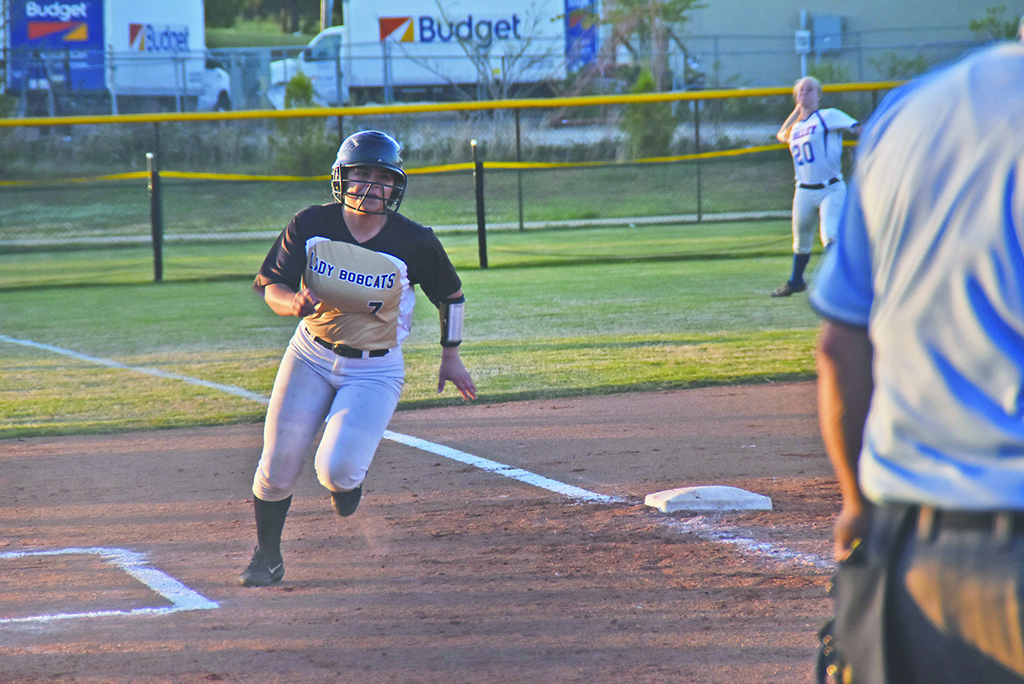 VALLEY — The season’s first meeting between the Beulah and Valley high school softball teams did not unfold like Allison Aikens wanted.

A week and a half ago, the Lady Bobcats coach watched her team fall by 10 runs in a game shortened to five innings.

That bitter experience wasn’t lost on Beulah in Wednesday’s rematch at the Valley Sportsplex, where the Lady Bobcats took down their local rival, 11-4.

According to Aikens, the triumph against Valley was her team’s first in seven to eight years.

“They were hungry for a win,” she said. “I think it showed.”

The Lady Bobcats worked their bats, played error-free defense and rode the arm of eighth-grader Katie Morris, who tossed a complete game.

They also capitalized on a bevy of Valley mistakes, as the Lady Rams committed 11 errors.

“We hit, but we just couldn’t get the job done defensively,” Valley head coach Torie Hopkins said. “Unfortunately, it was just not a good night for us.”

Morris and Valley pitcher KK Green, a freshman, both allowed three runs in the first inning.

Beulah’s Megan Ware and Sydney Knight came through with clutch hits for their squad. Ware drove a two-run single up the middle, while Knight punched an RBI line drive between second and third base.

Valley answered behind the bats of Pacey Duck, Green and Faith Graben. The trio accounted for Valley’s first-inning RBIs.

The score stayed locked at 3-3 until the third inning. Jasmine Bonilla, Ware, Knight and Morris laced consecutive doubles for Beulah at the beginning of the frame. Their production plated two runs. Kensley Kirby’s sacrifice fly scored a third.

The Lady Bobcats added to their total in three of the final four innings, extending the margin gradually.

“She’s proven herself time and time again,” Aikens said. “She came in and did the job we needed her to do tonight.”

The only time Morris ran into trouble was in the third inning. But third baseman Makayla Chambers turned a double play to erase the threat, leaving two Lady Rams stranded on base.

Beulah’s defense supported Morris each time it took the field.

“They came ready to play tonight,” Aikens said. “Everybody had a job to do, and they did it.”

Bonilla (3-for-4, two RBIs), Ware (2-for-5, three RBIs) and Knight (2-for-2, two RBIs) paced Beulah offensively. It was the second time in as many games the Lady Bobcats scored more than 10 runs.

“This is a huge confidence builder for us, because it’s been a while since we beat Valley,” Aikens said. “They’ve got a great team, so it’s always nice when you win against good competition.”

Duck (3-for-3, two RBI) and Graben (3-for-3, RBI) produced at the plate for Valley. Julisia Trammell and Makinna Quinton added two hits apiece.

“The girls need rest and they need to come back ready to take care of business,” Hopkins said. “ They’ve got to get it back in their heads that they need to work hard and finish this.”

Beulah and Valley will close their regular seasons next week. Then, each time will direct its attention to its respective area torunament.