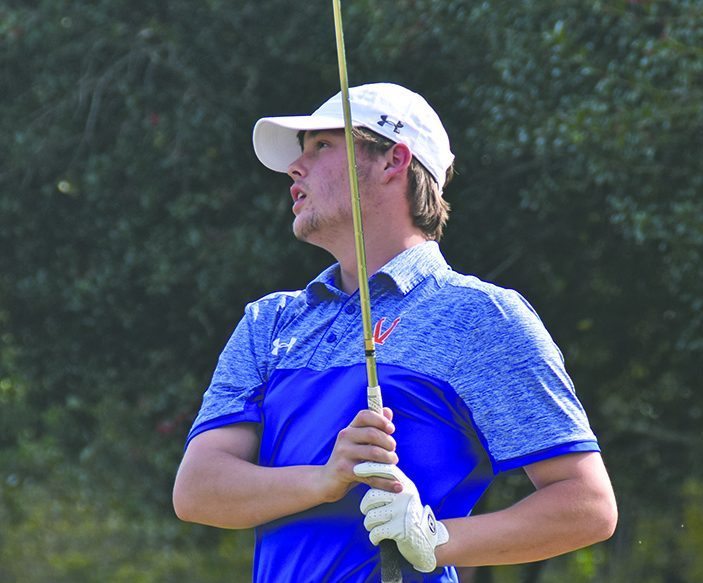 VALLEY — Trevor Harry became the first Valley High School golfer in recent history to advance to the sub-state tournament when he punched his ticket last spring.

His coach, Mike Power, thinks the senior will repeat the feat this year. But he’s hoping that Harry will be able to take his team along for the ride.

“I expect him to do that again, but I’m really looking to take that next step, which would be team qualification,” Power said.

The Valley boys golf team will have a chance to do that on Monday at the Class 5A, Section 2 Tournament, hosted at Sylacauga Country Club.

The top four squads from the eight-school section, which includes Beauregard, Briarwood Christian, Central Clay County, Shelby County, Sylacauga, Jemison and Calera, will move on to the May 7 sub-state tournament in Dothan.

The top four individuals not on the top four teams also will advance.

Harry, who carded an 18-hole score of 81, was the only one to break 100. Power will need that to change in order for his Rams to have a chance.

Monday’s forecast — sunny and warm — should be conducive to lower rounds. Those have been common as of late.

“I think we’ve got some good momentum,” Power said. “The kids are feeling pretty confident, so I think we’re going  in there at a good point in the season.”