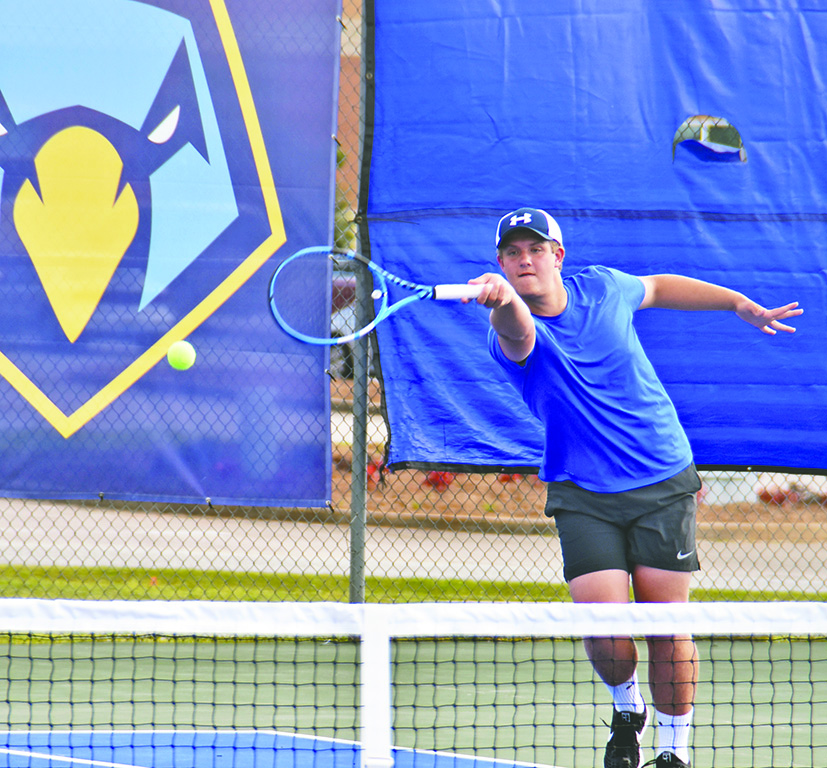 On Tuesday, the Rams toppled Smiths Station, 6-3, under sunny skies at the Valley Sportsplex. The victory improved their season record to 10-4.

Valley jumped out to a 3-0 lead by sweeping the doubles matches. Michael Pigg and Jase Phillips defeated Smiths Station’s top tandem; Alex Hernandez and Nicholas Shaver took care of business in the No. 2 doubles match, and Caden Prather and Art Hamby secured a victory in the No. 3 doubles match.

Phillips, Hernandez and Prather also won their singles matches. Pigg nearly clinched at the No. 1 singles position but lost in a tiebreak.

Creel-Flores complimented his team’s play and specifically highlighted the recent performances of Hernandez and Shaver.

“Those two really helped us out the last couple matches,” Creel-Flores said. “The rest of the team is being consistent and they’re just being patient, and that’s what we need.”

Tuesday’s duel with Smiths Station was Valley’s final home match of the regular season. The Rams will play at Jemison, LAMP and Benjamin Russell before hosting the sectional tournament in mid-April.

“They’re playing their best tennis now as they’re heading into sectionals,” Creel-Flores said of the boys team, “so I’m extremely happy with that.”

The Valley girls, on the other hand, have struggled as of late. The Lady Rams have dropped four straight, including Tuesday’s 6-3 decision against Smiths Station, since starting the season 7-3.

Devin McGlon and Kathryn Dewberry won in the top two singles positions on Tuesday, while Megan Ford and Joanna Ragland clinched a favorable result at the No. 3 doubles position.

“I think the only thing that’s really hindered us the last couple of matches is the bad weather and spring break,” Creel-Flores said.