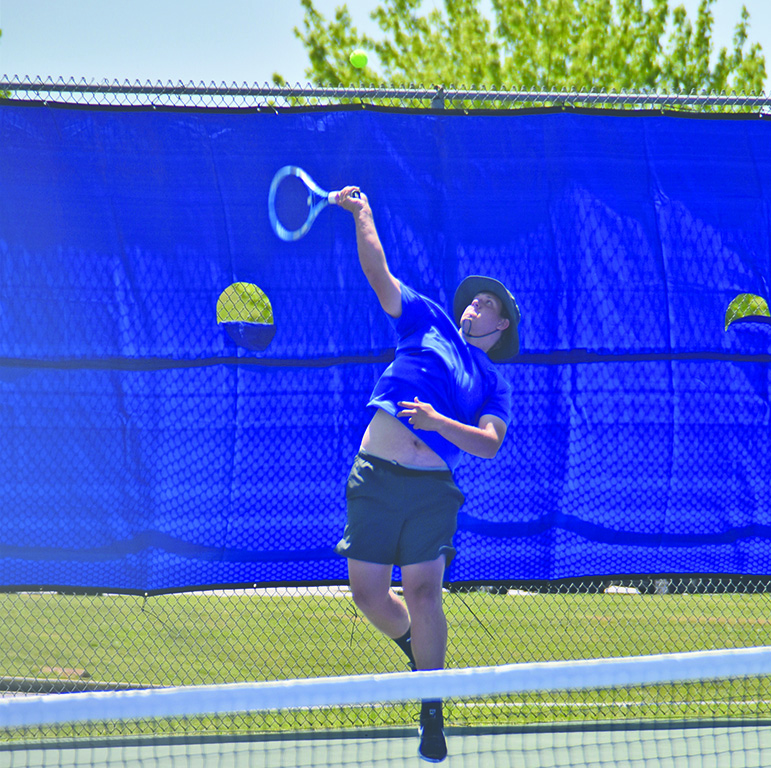 The Valley boys finished tied for third with Sylacauga, while the Valley girls finished fifth. The top two teams in each gender, Trinity Presbyterian and LAMP, qualified for state.

“Even though we wanted to go a little further, we fought to the end and gave it all we had,” Phillips said.

Pigg and Phillips have played doubles together since their freshman year. They accumulated a 55-15 record over the course of their high school careers.

“This has really become a huge part of my life,” Pigg said. “I’ve dedicated everything to tennis.”

Juniors Alex Hernandez and Caden Prather joined their senior teammates in earning first-round singles victories at the No. 3 and No. 5 positions. Prather also triumphed in his initial doubles match with partner Art Hamby.

Valley head coach Eric Creel-Flores said his boys team performed up to his expectations. He added that the Rams, who finished the regular season with a 12-4 record, will have a void to fill next year with the departure of Pigg and Phillips.

“They’ve been team leaders for the last four years,” Creel-Flores said. “Even as freshmen they were leaders out here. They were usually the ones who were pushing the other players to get better and to come out and practice on their own.”

The junior won her first first-round singles match at the No. 1 position and teamed up with Kathryn Dewberry to win a first-round doubles match. But her road ended in the second round in both formats.

A few other Lady Rams found first-round success. Megan Ford won at the No. 4 singles position, while Madison Melton and Madeline McCoy won in doubles.

Creel-Flores said he was pleased with his team’s effort at the match and throughout the spring.

The Valley girls went 7-9 in regular-season play with a roster composed primarily of newcomers.

“We started off strong and kind of faded toward the end, but we had a decent showing at sectionals,” Creel-Flores said. “I was extremely happy considering how we were ending the season.”