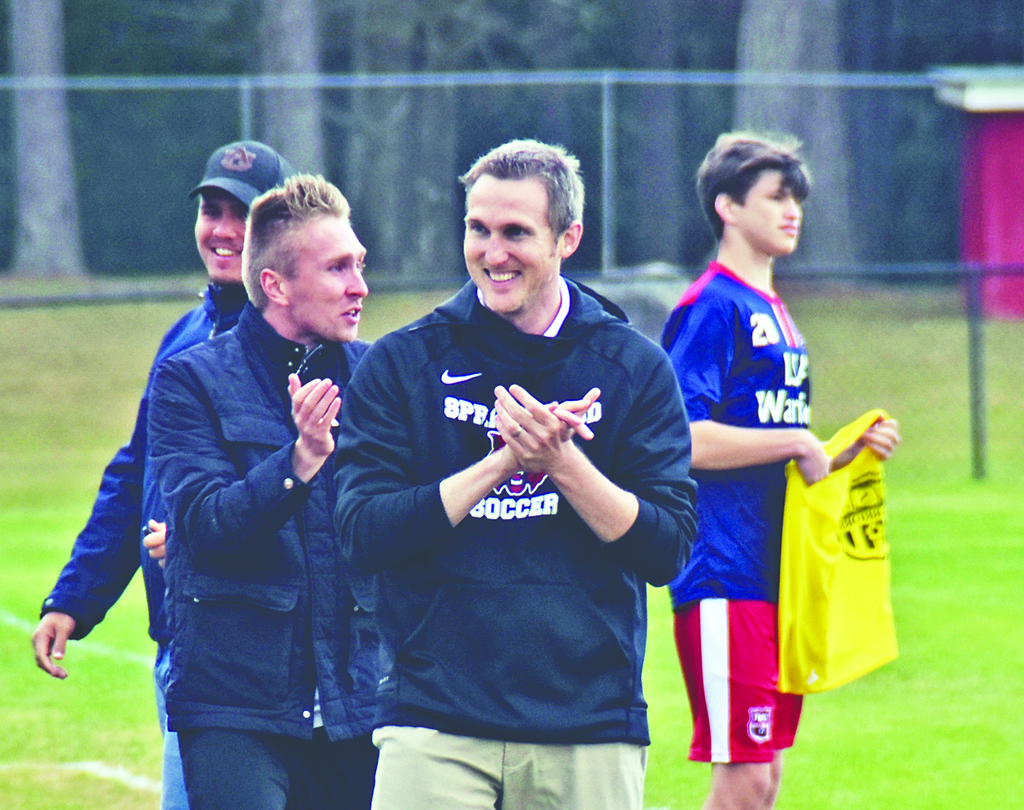 LANETT — Last spring, the Springwood School soccer team was not eligible for postseason competition. It played in only a handful of unofficial scrimmages that did not actually count towards a regular season record.

Much has changed in a year.

Last Saturday, the Wildcats punched their ticket to the AISA state playoffs with a 4-0 victory over Northside Methodist. It was quite an achievement for a program in its first year of formal existence.

“I was extremely happy for the guys on the team,” head coach John Lanier said. “They put in a lot of hard work.”

Springwood (5-5) secured the No. 3 seed from Region 1, behind Glenwood School and Lee-Scott Academy. The Wildcats will travel on Monday to face defending state champion Autauga Academy in Prattville. Autauga is the No. 2 seed from Region 2.

Lanier acknowledged that his team will have to navigate a difficult first-round pairing if it wants to advance to the state final four. But he knows his players won’t shy away from the task.

They haven’t all season.

“Even the games we’ve lost have been very close, and they’ve been against very good teams,” Lanier said.

Springwood battled in its matchups with Lee-Scott and Glenwood, which were both state semifinalists a season ago.

The Wildcats took Lee-Scott to overtime in their first meeting before falling 3-2 in the game’s final minute. In Tuesday’s regular-season finale at Glenwood, Springwood lost by the same score.

To earn a positive result on Monday, Springwood will continue to rely upon the play of its backline. It has shown the ability to withstand sustained pressure throughout the season.

The Wildcats also will need forwards Coleman Hull and Kannon Key to put shots on net.

Hull, who has a team-leading 16 goals, posted a hat trick in the playoff-clinching win over Northside Methodist; Key recorded the other tally in the 4-0 victory.

A similarly productive showing should keep Springwood in contention at Autauga.

That would be an accomplishment of its own given the teams’ disparate histories. But Lanier thinks his squad is capable of more.

“Anything can happen in the playoffs,” he said.