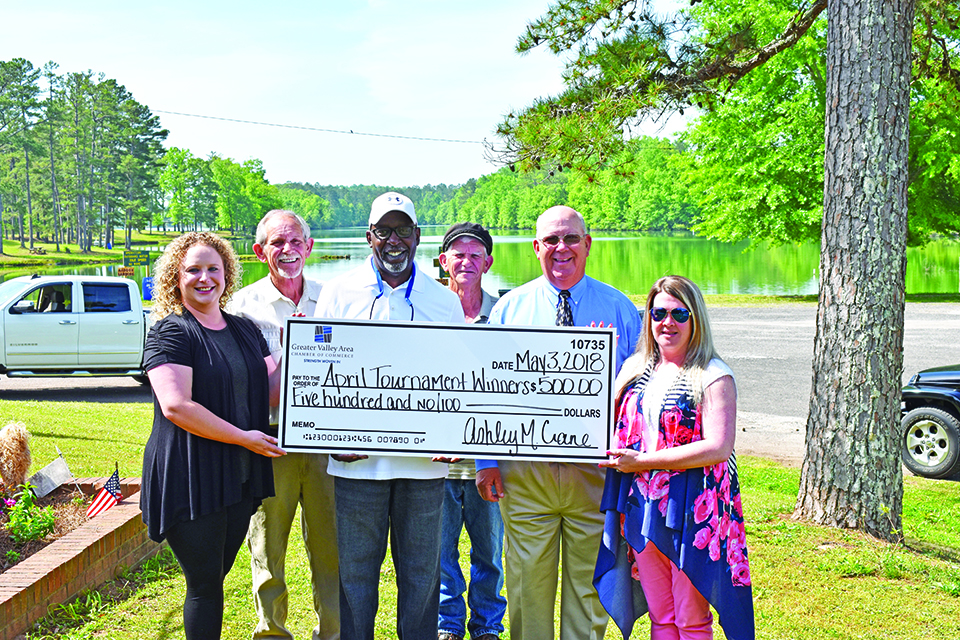 For the entire month of April, the lake hosted a bass fishing tournament and in the end two men were named winners.

Herman Williams of Columbus, Ga., caught the biggest fish, which weighed in at 7 pounds, 12 ounces. He won $100.

Cordero Houston won the most weight of fish, with 61 pounds, 2 ounces caught, and the most fish, at 45 bass.

“It was exciting,” Williams said. “I never thought I’d win when I entered the contest. I almost had a heart attack when I hooked that fish. That’s the biggest bas I ever caught.”

Williams, a lifelong fisher, added that the fish was caught using his test line as opposed to the line he was intending to catch bass with. It was also caught on the first day of the tournament.

The second event at the 187-acre lake located at 1145 County Road 292 in LaFayette, ran similarly to the crappie tournament in March.

Throughout May, the lake will host a catfish tournament.

“We’ve got one guy leading in all three categories right now,” Craig said.  The tournament ends May 31. Then it will be time to name the winner(s) of the three areas of judgment: largest fish, most number of fish and most weight of fish.

Following the three tournaments, Craig said they will put on a one-day fishing tournament for kids in June.

Everyone is encouraged to come out and fish as many times as they
can each month for a chance to win any or all payouts.

The lake is open from sunrise to sunset six days a week, being closed on Thursdays. Facilities include boat ramps, a fishing pier, restrooms, concessions and primitive camping.

Holding the tournament was one of the reasons Craig and his brother, Ted, took over as lake managers.

The pair recently celebrated their one year anniversary as managers. They have helped expand what’s available at the lake, including more camping area and picnicking locations.