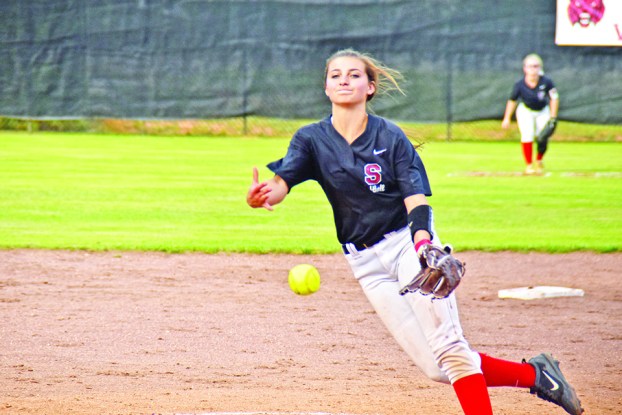 MONTGOMERY— It was an uneventful Friday, with some hope for the future, for the softball programs at Chambers Academy and Springwood School last week.

Both the Rebels and the Wildcats were eliminated on day one of the Alabama Independent School Association State Softball Tournament at Lagoon Park in Montgomery.

In the Class A bracket, Chambers opened tournament play with a morning win over Cornerstone. Later that afternoon, the Rebels suffered the first loss in the double-elimination bracket to Abbeville. Right after the first loss, Chambers ultimately lost to Crenshaw in the loser’s bracket.

Springwood’s state experience was extremely similar to Chambers’ in the Class AAA bracket. The Wildcats defeated Monroe 3-2 in the afternoon for the first game. Springwood star McKayla Barber hit two home runs in the matchup. Wildcats sophomore pitcher Emma Jennings, who has been on a pitch count after suffering an injury during the latter part of the season, threw a complete game in the victory.

“We had a different lineup going into that game,” Springwood head coach Galen Smith said. “I was very pleased with the result.”

The Wildcats then lost to Edgewood, 12-5. Springwood had more than its fair share of errors and only four hits in the game, according to Smith. Edgewood would go on to become the eventual Class AAA state champions that weekend.

Right after the Edgewood loss, Springwood faced Pike Liberal Arts. The Wildcats fell to Pike, 7-1. Playing a third game of the day and back-to-back games in the evening was the tipping point for Springwood, according to Smith.

“Definitely the fatigue set in,” he said. “Here lately with the weather, one day it might be snowing the next day it’s something completely different. It was rather warm that day, last Friday, so fatigue was definitely a factor in that last game against Pike.”

The losses to Edgewood and Pike ended the season for a Wildcats program that previously did not qualify for the state tournament in three consecutive years. Moving forward, first-year Coach Smith sees a bright future for this squad that is only graduating two seniors this month.

“I’m very excited about the prospects of the future and the potential of this team,” Smith said. “I’ve got three real quality players in Allie Davis, McKayla Barber, and Emma Jennings who can probably be very special. They’re as good as anybody in the area around here.”

The Wildcats are already looking at the future and are hyped about beginning offseason workouts, Smith said.

OPELIKA — During Friday night’s quad-spring scrimmage at Beauregard High School, the Lanett Panthers picked back up right where the... read more