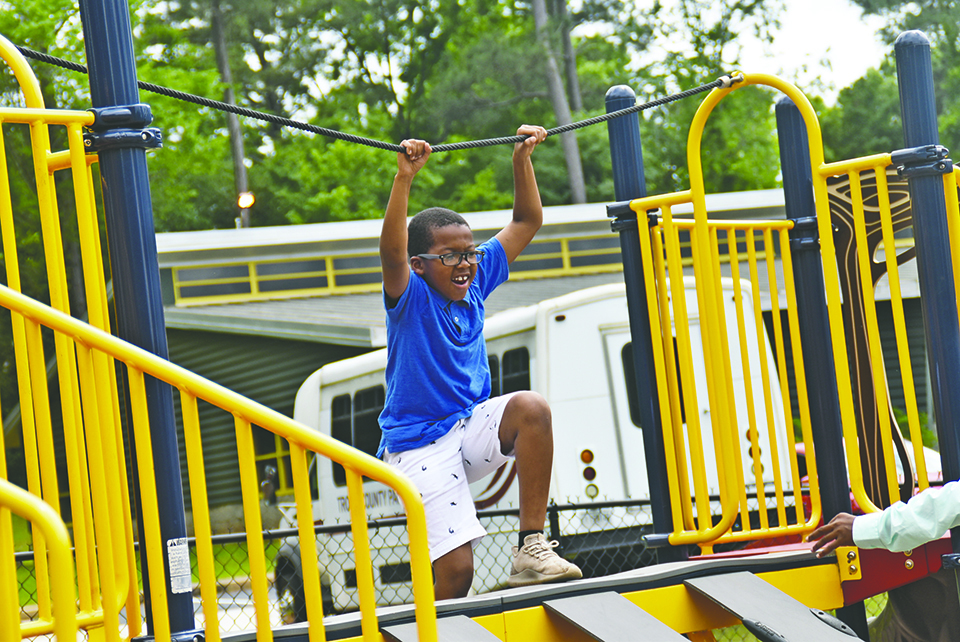 A West Point CARES child plays on the playground at the West Point Cares Center. The longtime program was originally going to move to the center, but has since decided to remain at West Point Elementary.

There have been a few adjustments made to a pair of local events.

Due to a combination of weather, transportation and conflicting schedules, the West Point Playground Program and the Valley softball alumni game will see changes. The playground program is returning to West Point Elementary, in large part due to a desire to limit the transportation of food off of the school’s land. The alumni game was postponed due to last weekend’s heavy rainfall.

The West Point Parks & Recreation Summer Playground Program, which was previously moving to the West Point Cares Center, is now moving back to its original location of West Point Elementary.

The long-running summer camp provides students with a cold breakfast and hot lunch. The cold breakfast’s feature cereal, fruit and pop tarts. The hot lunches are typically hot pockets, fruit and juice. The hours of the camp are still from 9 a.m. to 1 p.m. from Monday through Friday and the program is free. The children begin each morning with exercises in the gym before beginning organized activities or hosting the occasional free day of play with board games. Surprise trips to a community pool might also be taken during the summer, according to West Point Parks & Recreation Director Mike Pitts.

Parents interested in registering their children in the playground program are encouraged to register at the new recreation department at 1102 Ave D in West Point. The department can also be reached at (706) 645-3529.
Valley softball alumni game

The Valley High School alumni softball game has been postponed to Aug. 4. The game was originally supposed to be played on the Saturday of Memorial Day Weekend, but due to rain over the weekend and scheduling conflicts throughout the summer, the game has been moved to August.

The alumni game was an idea formed to keep the Rams from the past and present close to each other. The most recent Rams softball team made it to the South Central Regional. The team was led by rising sophomore pitcher K.K. Green and rising eighth-grader Alyssa Burrows. Effort and energy were two positives that head coach Torie Hopkins enthusiastically took from the 2018 season.

“I’m very proud of their hard work and dedication,” Hopkins previously said to the Valley Times-News. “They fought in times when they needed to and they stood behind their pitcher [Green]. She truly was our No. 1 the entire season. She pitched 90 percent of our games and never complained.”