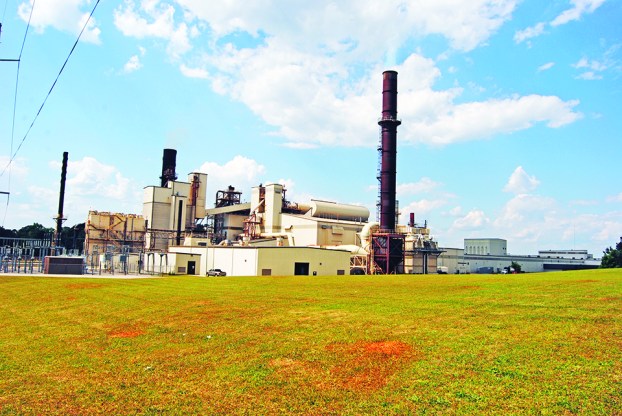 LaFAYETTE — The Knauf Fiberglass plant in the Huguley Industrial Park has been granted a tax abatement by the Chambers County Commission.

The company requested the abatement for some new equipment they will be installing that will reduce landfill waste. Knauf will also be redirecting its process line.

Chambers County Development Authority representative Kimberly Carter sought the abatement on behalf of Knauf. She introduced Knauf officials Andrew Shoults and Tony Bryant, who thanked the Commission for their consideration of the request.

Knauf closed in the wake of the U.S. housing crisis in 2009, but reopened in 2014 following a major new investment in their plant, which is the largest building in Chambers County under one roof.

The plant currently has ar0und 220 employees and will be adding more people this year.

CCDA Executive Director Valerie Gray gave a six-month report on the lodging tax the county has received. The Commission directed an estimated $25,000 of this toward workforce and community development.

“We feel passionate about some of these things,” Gray said. “We will continue to promote our brand and our logo.”

The Commission approved an agreement with Red Sage Communications, Inc. on a new website for the county. The new site will be implemented over a 16-week period. Red Sage plans to built a site with a fresh, engaging look that should have strong visual appeal and functionality. It should be easy to navigate for visitors.

Commissioner David Eastridge thanked Chris Busby of the CCDA for his work on this project.

Harvill asked for people to be careful when driving on Ben Brown Road south of Valley. County crews have been doing some work there in preparation for the road to be resurfaced from Highway 29 to the Lee County line.

Ted Craig gave a report on Chambers County Lake. He and his brother, Mike Craig, are the managers.

“I love it in Chambers County,” he said. “It’s the best place I’ve ever lived.”

He described Chambers County Lake as one of the best-kept secrets in east Alabama and wants to unlock that secret by having more people come to it to enjoy fishing, boating, and picnicking along with hiking and horseback riding along some two-and-a-half miles of trails that surround the lake.

Craig said that he is seeking a $70,000 grant that would allow for improvements for the camping and picnic areas, along with some new signage.

“Chambers County Lake is a nice place to come and relax,” he said. “We’ve had people there recently from Canada, Wisconsin and even from Ukraine. They saw it on Facebook and wanted to visit. We would love to work with you in unlocking this secret.”

The lake is open from sunup till sunset.