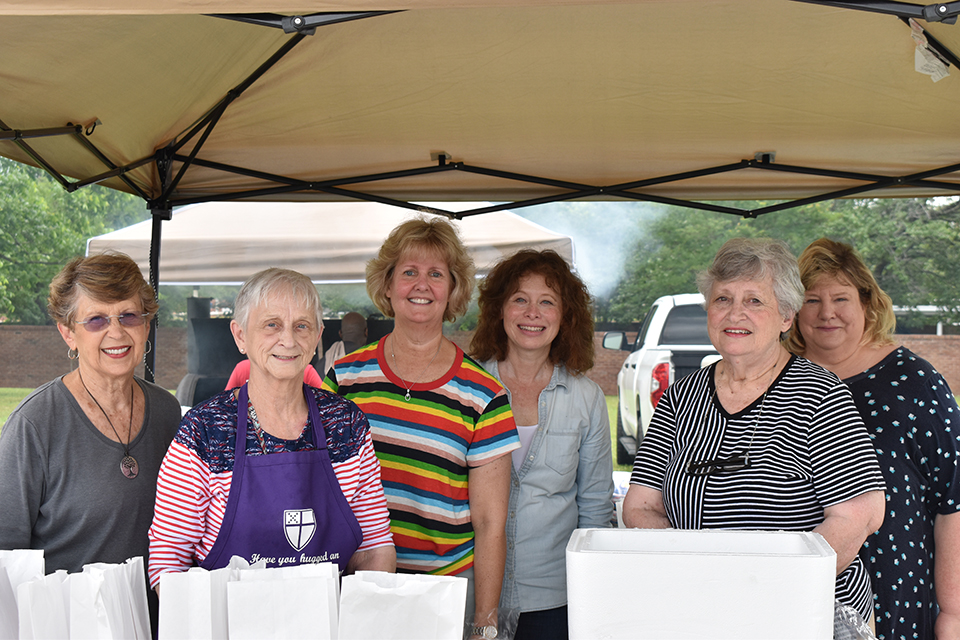 WEST POINT — Across the way from Hawkes Library, sitting just above the banks of the Chattahoochee River, the wafting scent of a hot grill permeated West Point Friday afternoon.

The Friends of Hawkes Library — an organization dedicated to holding fundraiser events to keep the library running and promoting the importance of reading — held their second annual Books ‘N’ Burgers event. For $7, locals could get two burgers, chips and a dessert that they were encouraged to eat while reading a book by the river.

All proceeds went directly to the Junior Friends of Hawkes Library, Story Time and Summer Reading programs that Hawkes Library puts on.

According to Friends of Hawkes Library Michael Andrews and Lynda Hines, the idea for the event was conceived thanks to an overseas excursion.

“Linda had come up with the idea after being in Europe and seeing all of their outdoor events,” Andrews said. “The concept is that people come by to get lunch, stop by the library to get a book and then go down to the river to read.”

Last year at their inaugural Books ‘n’ Burgers event, the Friends sold 200 lunches and expected to increase that number to 300 this year. The money raised went toward good causes but the event also acted as promotion for the library.

“It’s to encourage people to use the library and read and to enjoy the area around it,” Hines said. “We hope people have an appreciation for the library, that they’ll visit the library and participate in Friends. It’s very important that they join Friends and help with the library here.”

In its 96th year, the Hawkes Library holds a special meaning to many people in West Point, but according to Andrews is forgotten by a lot of the population.

“A lot of times the library is overlooked,” Andrews said. “There are people who have lived here their whole lives that don’t know about it.”

She said that similar events help the community appreciate the physicality and historical importance of libraries like this one.

“A lot of people have gotten away from actual books, focusing more on tablets and that kind of thing, so the library becomes more and more historically relevant each year because it has the actual, physical books,” Andrews said.