Gregory living the dream as a firefighter 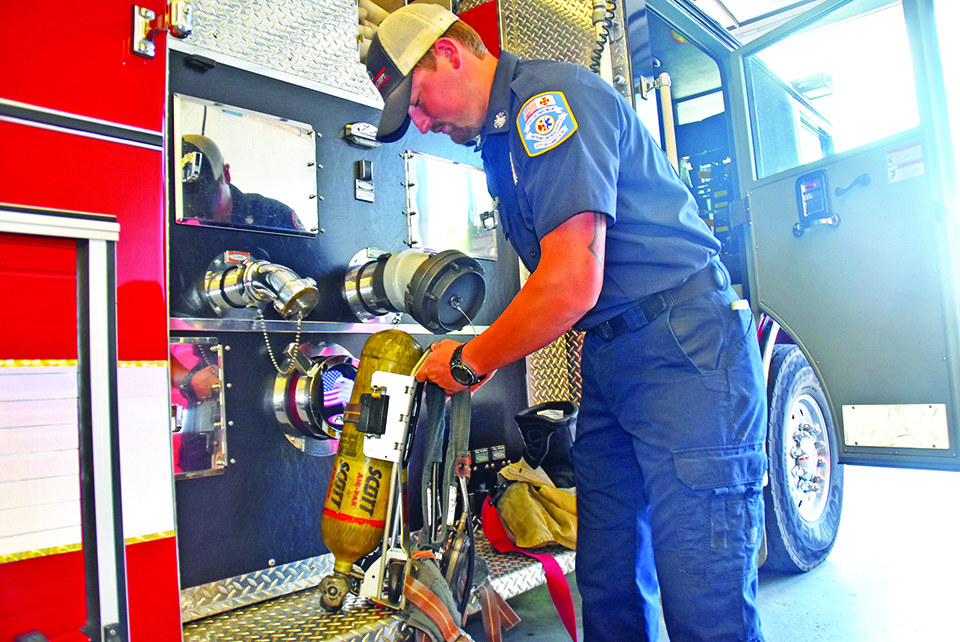 Steven Thomas | Times-News Checking the tank: Caleb Gregory check his air tank before he gets a call.

LANETT — Not everyone can say they are working their dream job but Caleb Gregory of the Lanett Fire Department can.

Gregory has been with the department for the past three years.

“I started as a volunteer firefighter in Huguley,” he said. “They sent me to fire school.”

After completing his training, he took up with the East Alabama Fire District for two years before attending paramedic school. While there he was hired with Lanett.

Gregory added that one of the positives is the crew he works with.

“You can’t beat them. They’re the best in the world,” he said.

When asked what his favorite part of the job was, Gregory said everything on the firefighting side.

“Being a firefighter is every little kid’s dream,” he said. “It definitely was mine.”

Gregory added that his father’s job as a paramedic meant he was exposed to firefighting for much of his life.

“I grew up with ambulances coming to the house,” he said. “It’s something I always looked up to.”

Gregory’s work day begins around 8 a.m. with breakfast, followed by checking the trucks and cleaning the station.

Throughout the day, the station crew have any number of tasks to perform, from training to paperwork.

When he has downtime, Gregory likes to hang out with his coworkers.

When not on the clock he spends time with his wife, Taylor, who he married in December 2016.

“We’ve bought some property,” he said. “We’ve been cleaning it up to build our home on. Maybe have some kids later.”