Jam-N-Java reopens to a few changes 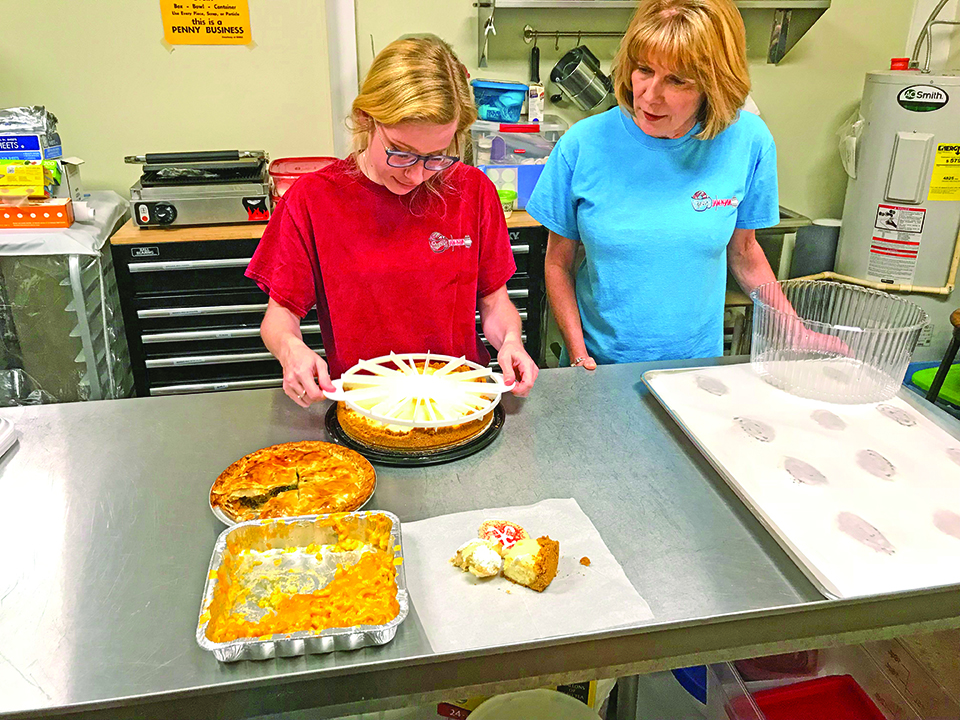 WEST POINT — After over four months of doors being shut, Jam-N-Java has reopened with a few changes.

Owner Cinda Lott is glad to finally be back open.

“I’m excited and energized,” she said. “We have some new ideas and activities planned.”

According to Lott, the business closed its doors on Dec. 22  due to a need for some renovations, as well as a  desire to “take a breather.”

“We’ve been here for three years and I was working two jobs and just got tired,” Lott said.

Now that they are back open, everyone involved is happy to show off some of the changes made.

Former patrons of the coffeehouse will note different seating arrangements along with an added alcove at the front of the store replacing a window display that once housed local artwork.

Then there are the changes to the food.

While a variety of hot drinks and baked goods are still available, Jam-N-Java is now offering specialty cakes, gourmet cupcakes and Cuban sandwiches in a few weeks, among other things, all thanks to a new stove and griddle.

“We can cook new things now and expand our menu,” Lott said.

They are also offering events, such as a “Princess Party” featuring cupcakes and an actor dressed as a princess. The boy version features superheroes.

The person handling all of this is the new manager, Casey Anderson, who has a culinary and baking background.

“I’m excited,” Anderson said. “This has been a childhood dream and I started baking cakes in my 20s. I left my job to do this.”

Lott noted that opening the shop was a dream stemming back years but it wasn’t until she got some advice that she moved forward with it.

She recalled describing her dream to a friend when he mentioned she wanted to “die empty,” a phrase he had picked up from a motivational speaker describing being empty of your dreams by fulfilling them.

“I want this to be a cornerstone of the community,” Lott said.

Know a local business in need of recognition? Let us know! Email news@valleytimes-news.com.