LaFayette comes back in spring scrimmage 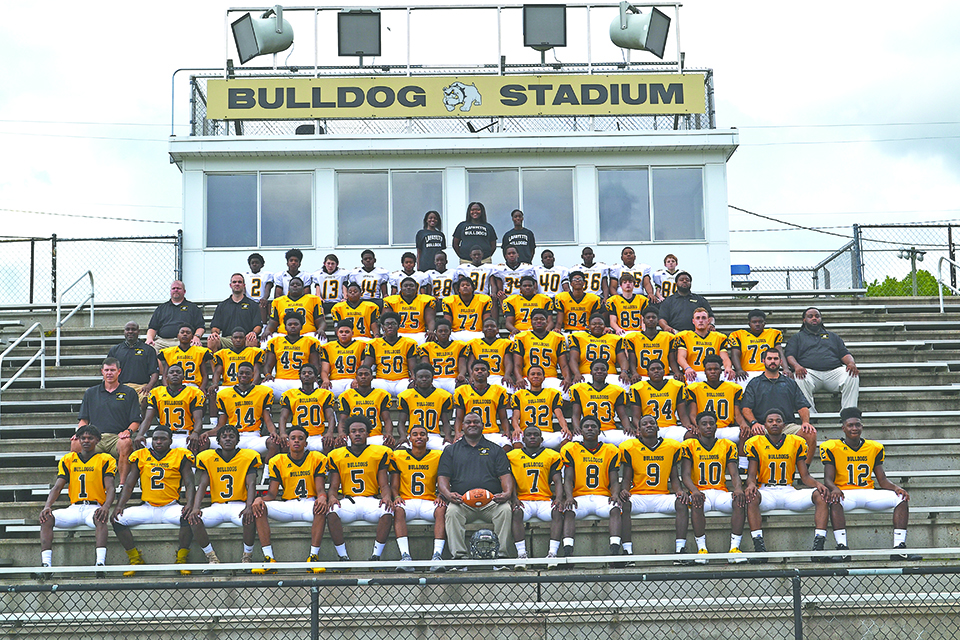 LaFAYETTE — The Class AA LaFayette Bulldogs came back from an early deficit to tie with their Class AAAAA opponents, the Tallassee Tigers, in last week’s spring scrimmage, 21-21. The performance was summed up by LaFayette head football James Lucas in three words.

The Bulldogs were down 14-0 at the beginning of the night.

Rising sophomore quarterback Ty Daniels and rising senior Mekevion Shealey led the comeback on the offensive side of the ball. Daniels threw for a touchdown, ran for a touchdown, and he completed a successful two-point conversion throw.

On the defensive side for the Bulldogs, rising junior Jadarious Crim grabbed a pick six in the comeback effort. The turnover was not an anomaly for the team that went 9-3 last season, Lucas said. The Bulldogs pride themselves on playing aggressively and physical on both sides of the ball, even if it’s just a scrimmage game that’s played a couple of days before the academic school year ends.

“I’ve been implementing that system and [physical] style of play for four years,” Lucas said. “They’re starting to buy into what we are teaching them. It was great to see them not quit, not hang their heads but to fight back.”

Lucas runs a spread offense and typically sets his defense up in a 3-3 or 3-4 stack formation in the box. Lajarreon Bryant, Jaquavian Boston-Gaines, and Julius Bullard, and Jordan “J.P.” Walker are the other key players to watch for next season. The team’s goal for this season is clear and concise.

“Win the state championship,” Lucas said. “That’s what our goal is. We’re not satisfied with just making the playoffs. We want to bring our first title home.”

Lucas doesn’t believe the team is too far from accomplishing that goal heading into summer workouts. The main focus is to continue the progress the Bulldogs made in the spring as opposed to changing any past methods that have been coached, Lucas said.

“You only have 10 days of spring,” he said. “You have nine days of practice plus a game. So our focus is on getting better at what we do. They did a fantastic job in spring, so it’s just working on our game speeds and taking care of business. Taking care of the ball on offense, don’t turn it over, don’t fumble it. On defense, just get the ball like [Crim’s] pick-six was huge.”