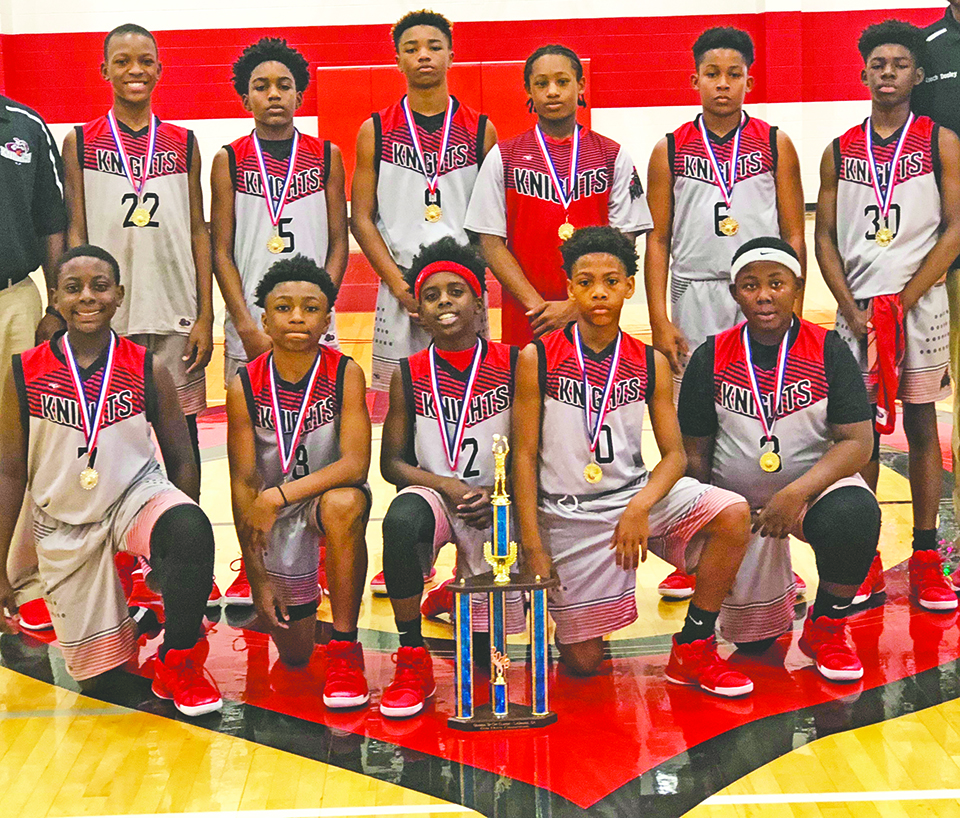 GREATER VALLEY AREA — Another local team will compete on the national level this summer.

In its third year of existence, the Knights travel basketball team clinched its bid in the YBOA National Championship in Orlando, which will take place between July 2-7, after finishing third out of 21 teams recently in the state championship.

“Everyone plays an equal part and that’s probably why we’re so successful,” Jameka Harper, mother of Knights player Jameson Harper, said. “Some players may do better on the offensive side of the ball, some players might be better on the defensive side of the ball, but as our coaches say, we wouldn’t be successful if everyone didn’t have a special role. So they make sure that no one player is bigger than the team.”

The Knights are a team of sixth graders from the Chambers and Troup County area. This travel season began in March and they have even played in a tournament with seventh graders. The team made it to the semifinals in the bracket of older players.

The Knights have won the Columbus Tip-Off Classic, Georgia Shootout, Auburn Showdown, and the Tournaments-R-Us Mother’s Day Classic. Now, the Knights are looking for some support from the Greater Valley Area.

“We’re soliciting as much help as possible because this will take 11 boys to Orlando for a week,” Jameka Harper said. “Not only is there a cost in the tournament to play at nationals, but there are other expenses as well, such as travel and lodging. It’s the week of the 4th of July, so it’s going to be very expensive.”

This isn’t the first time the Knights have been invited to the national tournament. Last season, the team had the opportunity to play in Orlando, but the parents weren’t prepared to pay for the trip at the time.

Aside from playing in the national tournament and trying to win it all in Orlando, the Knights also focus on academic development.

“It’s not just about sports,” Harper said. “It doesn’t matter how talented you are if your GPA is 1.9. We’re trying to get them ready for that high school mentality, you have to keep your grades up as well. Keep a good attitude, do what you’re supposed to do in the classroom and respect others.”

The Knights’ parents are currently planning fundraising ideas, but virtual donations can be made on Cash App at $KnightsBasketball.