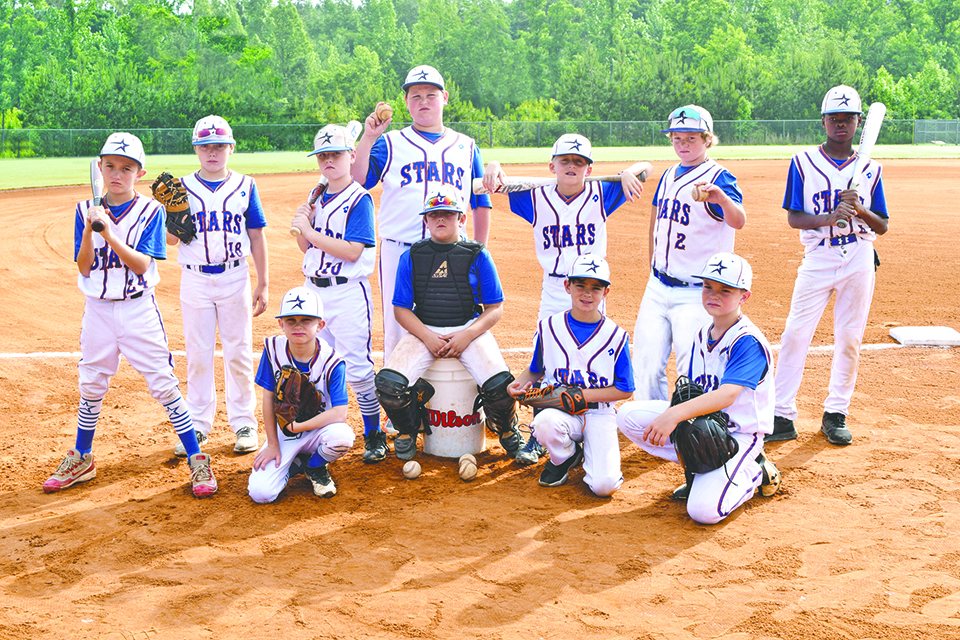 VALLEY — Bryant Hopkins is making a name for himself in the world of youth travel baseball.

The nine-year-old received a Golden Ticket from the Select30 Task Force, inviting him to the Selection30 Championships, an honor that Hopkins received from among members of the 21 teams who were at the Atlanta Select30 NIT.

Hopkins is a part of the Beehive Stars 9U team that is based out of Auburn. The Stars recently became the only travel team from the state of Alabama to get invited to the USSSA Wilson DeMarini Elite World Series Championship. The 32 teams that were invited to the world championship come from California, Georgia, Kentucky and Texas, among other states.

“For the boys of Beehive 9U, there have been many perfect games, unbelievable hits and diving catches, as well as some upsets; but there is no denying the talent from this group of boys,” communications specialist Marla Ruskin said in a press release. “The World Series will be the true test to see how they stack up against some of the absolute toughest competition in the baseball world.”

The Stars will compete in the world series between July 14-22 at the USSSA Space Coast Complex in Viera, Florida. After the world series, Hopkins will stay in Florida to participate in the Select30 Championships from July 22-29.

“Year in and year out, the USSSA Wilson DeMarini Elite World Series has been the ‘Who’s Who of Travel Baseball,’” Ruskin said. “USSSA’s mission is to be the most visibly recognized, technologically advanced, professionally represented sports organization in the world.”

Hopkins is the only player on the team from the Greater Valley Area. He is the son of Chuck and Torie Hopkins, who is the head softball coach at Valley High School.

“Bryant is a hard worker who loves the game,” Torie Hopkins said. “Every day he works to get better. He enjoys playing with Beehive and thanks them for always pushing him to do his best. His daddy and I are so proud of him and will always be his biggest fans. We’ve taught him from day one to always give God the glory no matter the situation. Way to go No. 28, we love you!”