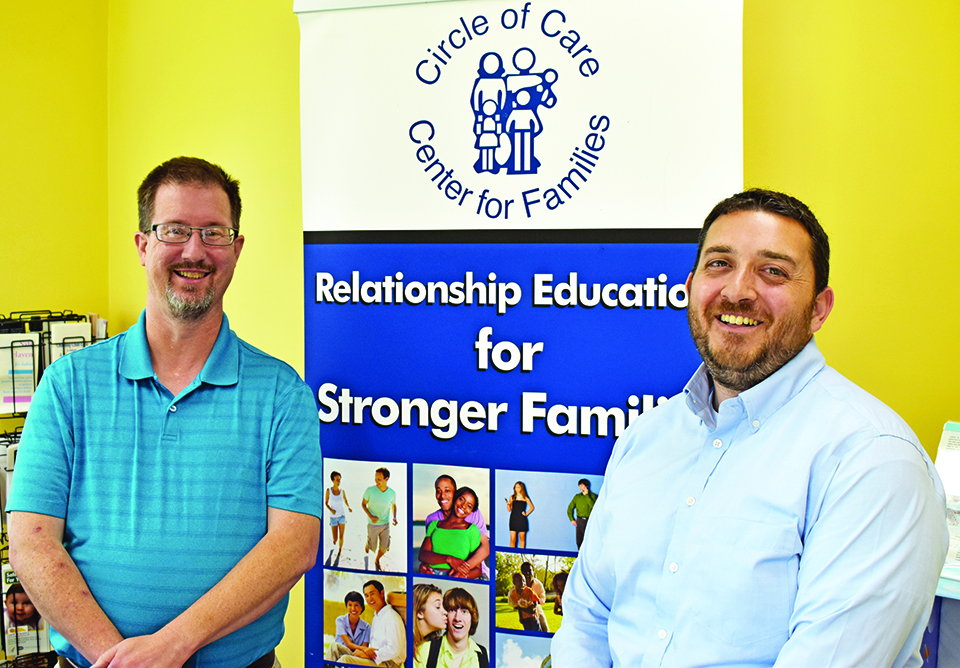 VALLEY — There is a white building with a ramp leading to the front door off of 35th Place in Valley. Plants suround the threshold and an American flag waves just outside. Inside this building, resources are available to help those in need with anything from infant care to finding a job to receiving transportation or improving their relationship with a significant other. This is The Circle of Care Center for Families.

The men who coordinate all of these services are Executive Director Jonathan Herston and Program Supervisor Adrian Carpenter, and they do so for the good of the Greater Valley Area.

In 1996, the state of Alabama was allocating grant money to start centers that could meet the needs of people around the state. Circle of Care was opened during this time under the supervision of founding director Gloria Hull.

Hull served as director for 21 years before Herston took over in January of 2017. Herston had been working with the center since 2009 with a focus on the relationship education program.

While working there he also taught as an adjunct professor at Southern Union State Community College, was appointed minister of Hopewell Baptist Church and received a master’s degree in counseling.

“I originally started in the Methodist church,” Herston said. “On one hand, yes, there is a call to do work in the church, but there was also a sense that I had to be working with people outside of the church. [Becoming director] wasn’t anything that was on my radar in any way, shape or form, but it’s been interesting to see the crooked path that winds and waves and to see the way that God has worked in my life.”

Similarly, Carpenter started working at Circle of Care in 2001 when he and his wife moved to the Valley area. Carpenter has a background as a social worker, which allowed him to start as an at-risk youth coordinator.

He said he worked with around 3,000 kids from the Valley area per year, sometimes meeting with them five times or more.

“There are school-based programs, like bully prevention and violence prevention programs,” Carpenter said. “Things like those benefit every family in the area who have children in public schools.”

Since Herston became the executive director, he has made it a point to broaden the scope of Circle of Care while keeping the organization’s focus on individuals. While there are programs dedicated to issues like human trafficking awareness and sudden infant death syndrome, Carpenter pointed out that a much of what Circle of Care does is not apparent at first glance.