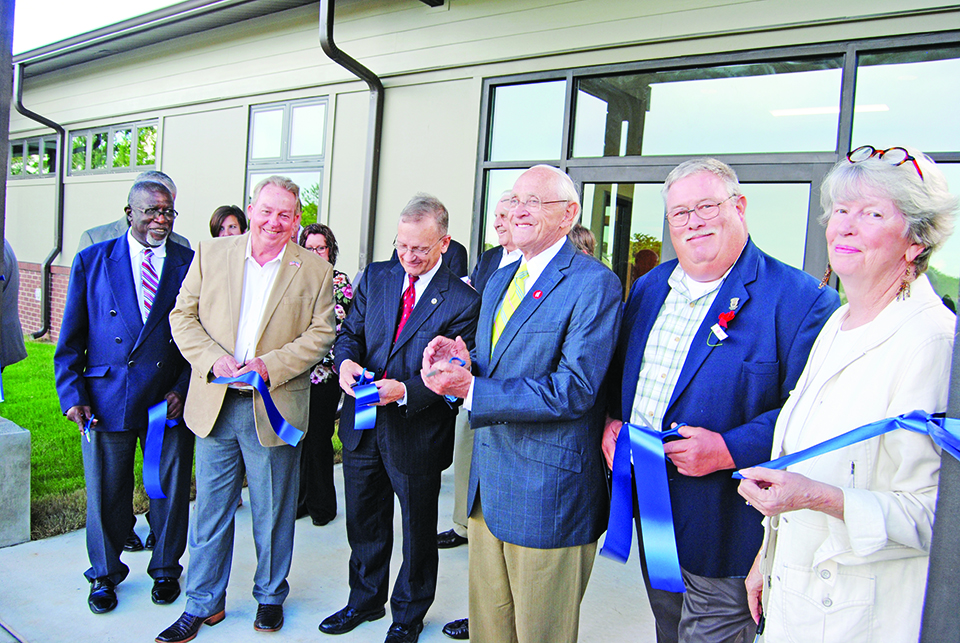 BEULAH, Ala. — An on-again, off-again project over the last few years ended in an upbeat way Tuesday afternoon with a ribbon cutting at the new Beulah Senior Center. And it couldn’t have come at a more opportune time – the current center was flooded yesterday.

The $950,000 center is located across the road from The Bridge Church, one of its bigger boosters. The church donated two acres of land for the new center. The value of that land served as the local match for a $250,000 grant from the Alabama Department of Economic and Community Affairs (ADECA), without which the new building wouldn’t have become a reality.

One of the nicer features of the new building is that it serves the community as a storm shelter. In the event of a tornado, anyone in the Beulah community can seek shelter there. It will be one of the safest places you can be in Lee County and its walls can withstand winds of 200 miles per hour.

A Rural Community Development (RCD) grant in the amount of $40,000 will fund the purchase of some new furniture for the building. A good bit of furniture is already in it. It was sufficient to host Tuesday’s well-attended meeting of the Lee County Commission.

“This building is much needed for the community,” said Commissioner Robert Ham. “We couldn’t have done it without the support we received from State Sen. Gerald Dial and former State Rep. DuWayne Bridges. We also want to thank The Bridge Church for stepping up and donating the land.”

Sen. Dial commended Commissioner Ham for his determined leadership on the project and thanked Alabama Department of Senior Services Board Chairman Ray Edwards for his help in getting it done.

Edwards said that nothing made him happier than going to the opening of a new senior center.

“We opened a new one in Valley a few weeks ago, and it’s something special,” he said. “This new building is special, too. It’s not only a new senior center, it can serve as a community center and a storm shelter.”

The storm shelter has a back-up power system in case the power lines are down and has bathrooms with back-up water.

A special guest at the ribbon cutting was Medal of Honor recipient Bennie Adkins of Opelika. He said that he was glad to see such a nice facility coming to the Beulah community and commended local officials for seeing it through.

“It was the right thing to do,” he said.