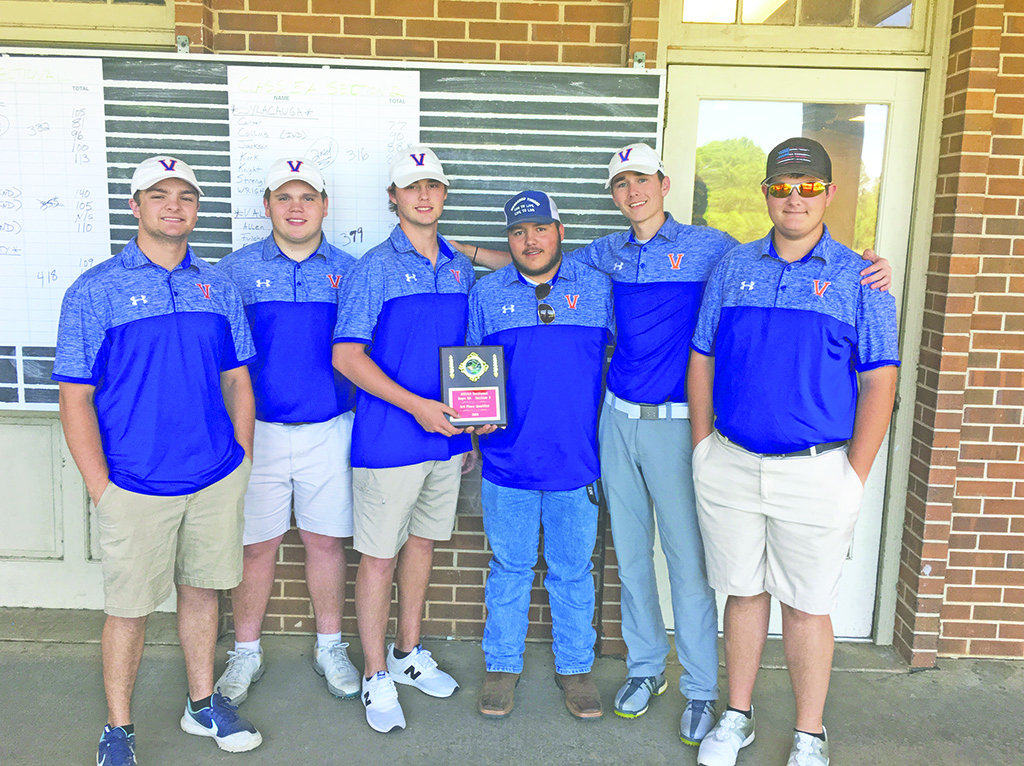 SYLACAUGA — The Valley High School boys golf team accomplished its goal on Monday at the Class 5A, Section 2 Tournament.

Spurred by clutch performances on the back nine at Sylacauga Country Club, the Rams qualified for sub-state.

That hasn’t been done since head coach Mike Power revived the program from dormancy four years ago.

“I’m super proud of these guys,” Power said, “because this was our objective at the beginning of the season.”

Trevor Harry, a senior, set a benchmark last spring when he became the first Valley golfer to qualify for sub-state as an individual. This year, the Rams entered the section tournament with hopes of advancing their full team.

But the chances of that happening appeared to be fading midway through Monday’s 18-hole round.

Even Harry, expected to be a low scorer, wasn’t hitting the ball as well as he had when he played the course two weeks prior.

“I was like, ‘Aw man, this is not looking good,’” Power said. “Then, they turned things around.”

Power thought his team would need to have a few players break 100 in order to nab one of the four sub-state qualifying spots.

The Rams made it happen.

Harry followed a 43 on the front nine with a 44 on the back nine to finish up at 87. The tally was six strokes higher than when he played the course in mid-April, but his round was enough to anchor the team total.

Allen and Nelson, meanwhile, mounted a pair of late charges. Allen shot a 45 on the back nine after shooting a 52 on the front nine. Nelson closed with a 42 after opening with a 55.

Both seniors walked off the final green with a 97 on their scorecards. Neither had previously broken 100 in a tournament setting.

“This is their first season playing competitively,” Power said. “They worked well under pressure to keep our season alive.”

So did Judson Garner.

The sophomore recorded a 48 on the back nine after recording a 50 on the front nine. His total, 98, ensured that Valley’s four scorers all dipped under the century mark.

The sub-state tournament will be held May 7 at Dothan National Golf Club. The top two squads will qualify for state.

Power isn’t counting his team out.

“It’s like the NCAA Tournament,” he said. “Once you’re in the dance, you have a shot.”