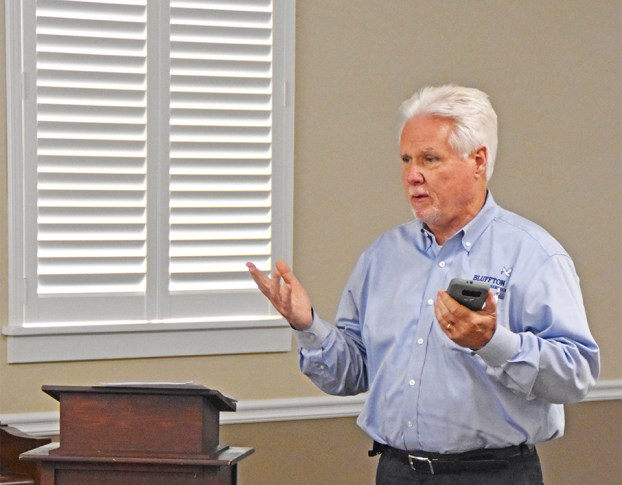 App aims to save lives

The app is called Vital ICE, which stands for “In Case of Emergency.” Thanks to Bluffton’s purchase, it is free to download on iPhone and Android devices. Once downloaded, the app is a place to store all personal information that could assist emergency personnel in the event of a life-threatening occurrence.

“In a medical emergency, the quicker they can get you to an emergency room and get you done, the better chance you have of surviving or not having a serious problem,” Whitworth said. “It’s good to have the information right there on your phone.”

Vital ICE lists users’ emergency contact numbers, blood type, weight, allergies, current medications, vaccines, primary care doctor and medical conditions that emergency personnel should know about, such as a stint or a pacemaker. It also lists health history of the user and their family, such as history of heart disease, cancers and reaction to anesthesia.

“When [emergency services] pick you up on the side of the road or in your house, and they have no idea what’s going on, they can find your information easily and quickly,” Whitworth said. “This is information that can be vital to the guys who are trying to help you.”

The app can also be used as a way to dial 911, a siren in the event that one is unable to speak or alert others to their location and an emergency broadcast that will send out text alerts to contacts with the tap of a button.

Whitworth showed a sticker on the back of his phone that acted as an indication of the app and said that anyone who wanted one themselves could pick it up from Bluffton Funeral Services. He will also assist anyone with downloading the app if they need it.

Valley EMTs are already trained to look for the app and West Point and Lanett EMTs will follow suit soon. When users from the Greater Valley Area download Vital ICE they should use the code “9448” to have the app recognize the area they are using it in.

His idea to purchase the app came after he had a life-threatening emergency himself. He was in a Bible study when his chest started hurting. Figuring it was just indigestion, Whitaker ignored it until the severity increased. He drove himself to the emergency room where the doctor found out it was a serious issue.

“About two minutes into waiting for the doctor, an elephant sat on my chest,” he said. “If I had left five minutes later they would have found me on the side of the road, and I would not have been able to drive myself to the hospital.”

Whitworth expressed how an app like Vital ICE could have helped him had that situation arose. So that no one in the area had to go through something like that, he made sure one was available for free.

“What this is, is an app the we purchased as a public service for the community and for a way to get our name out,” he said. “This could save your life, it could save your children’s life and it’s free.”

VALLEY — Despite some blistering hot weather, construction is moving along at a fast pace at Chattahoochee Fuller Center Home... read more