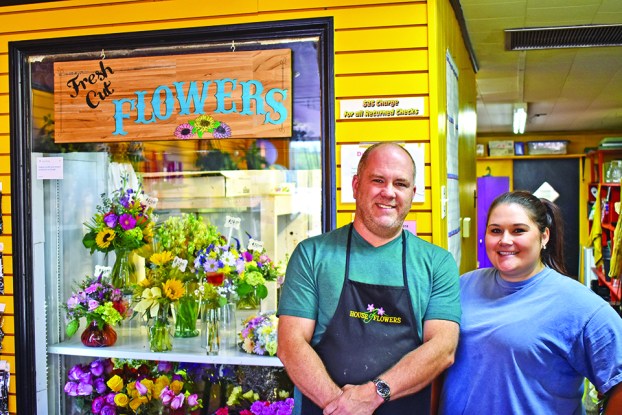 Business is blooming at House of Flowers

VALLEY — Now in his 26th year of owning House of Flowers, Steven Sorrell didn’t originally imagine himself in the flower business.

He had grown up watching his parents, Theron and Rachel, run the flower shop since they opened it — sometimes even sleeping there when they worked especially late — but it wasn’t until he was in college that Sorrell realized he would take over.

“I had no intention of doing this, none at all,” Sorrell said. “I was actually in college figuring out what I was going to do. I was on the hallway phone talking to dad one day in 1983, at Jacksonville State, and he just mentioned that Valley Florist was for sale. I came home and bought it that next weekend. That’s how I got into the business.”

When his parents opened the shop in 1970, being florists wasn’t their first idea either. Theron Sorrell was in the United States Air Force, working a desk job at Fort Patrick Air Force Base near Cape Canaveral, Fla.

According to Steven, the job was a particularly stressful one, so his father worked at a flower shop in his free time to learn how the business worked. After around three years of doing that, Theron and Rachel moved back to their home in the Greater Valley Area and opened up House of Flowers where it still stands today.

Steven had operated Valley Florist for five years in conjunction with his parents’ shop until moving to Atlanta briefly before coming back to Valley in 1992 and taking over.

Since then he has kept business going strong, something he attributes to a redesign in 2011.

“If you came in here eight years ago it was all tan,” he said. “Tan walls, tan carpet, tan ceiling, antique furniture. I sort of had an epiphany.”

This redesign included bringing the House of Flowers brand into the modern age. Sorrell had a professional website built and a custom logo made — something he had previously never thought important.

He gleaned this redesign knowledge from online message boards.

“I was left wondering how, when you’ve been in business a long time, how do you redefine yourself when you’re arguably one of the best in the area?” Sorrell said. “How do you figure out how to move forward?”

When he figured this out, the area took note.

“The day I started painting this, business started going up,” he said. “People were coming by just wanting to see what I was doing. In one year business doubled. Things really got a lot better.”

House of Flowers has always been a staple of the Greater Valley Area, and Sorrell says it has stayed that way because of his change in not only design, but mindset.

“Everything needs its own identity,” he said. “I started running everything like I was a large shop in a large metro area.

What I’ve been termed in the Alabama State Florist Association is ‘the biggest little shop in the state.”

Although the summer months are the slowest for flower sales, business is still in full swing. Sorrell runs the store with floral design help from Amber Tucker and the occasional hand from his father.

“It would be my hope for the Valley area that they know they can turn to me to turn their emotions into something presentable to another person,” Sorrell said. “Whether it’s congratulations or happy birthday or ‘We are sorry your mom died,’ any kind of emotion that you feel, there’s a flower we can send for it.”

Domino’s building still not done after over a year

LANETT — The new Domino’s Pizza building off Highway 29 in Lanett is months past its projected opening date. It... read more