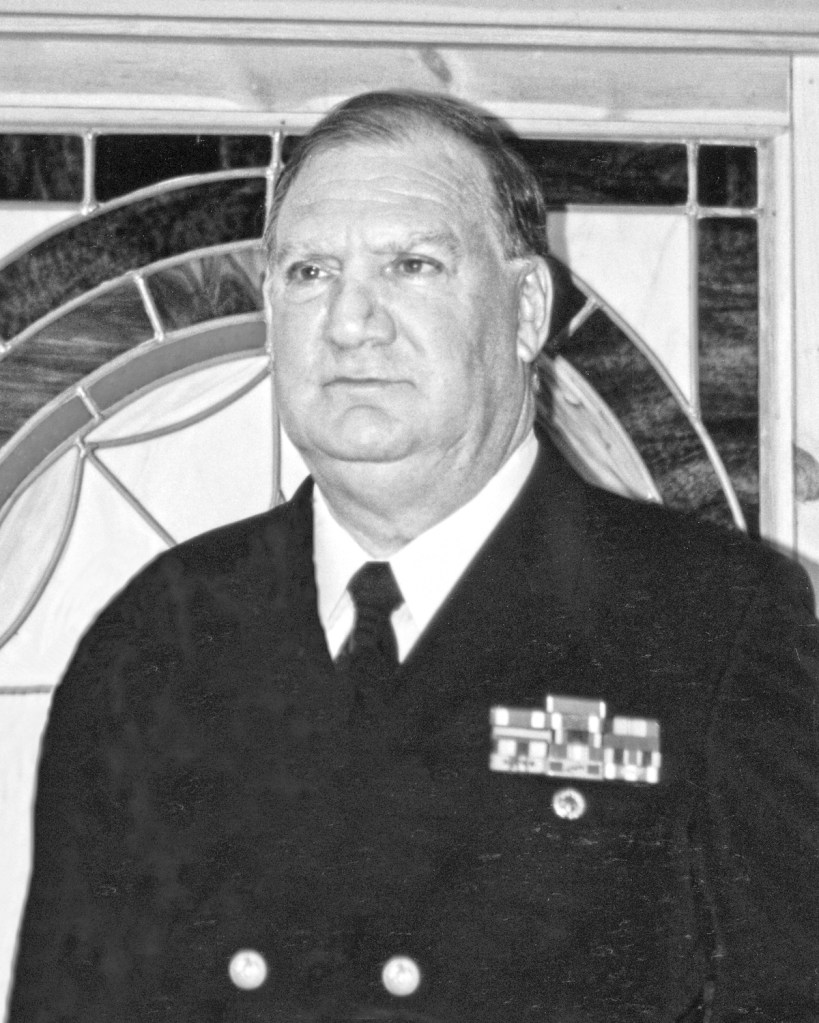 OPELIKA — Captain Kenneth L. Lashley, USN (RET), 79, of Opelika, AL, was born in Chambers County, AL. He was preceded in death by his parents, Mr. and Mrs. Matthew Lashley and sister, Patsy Pigg. He was a Charter Member of Victory Baptist Church, Valley, AL.

Captain Lashley had a stellar career serving in the United States Navy for over 30 years, and was a highly decorated Navy Officer. He was assigned to the Medical Service Corps, where he served many important positions: those including Commanding Officer (CEO) of the Naval Hospital at Camp Pendleton, CA, the only non-physician ever selected to command the Naval Hospital at Camp Pendleton. It was here that he was awarded the Legion of Merit, the highest peacetime award by the Secretary of the Navy, on behalf of the President of the United States of America for outstanding performance of duties of Commanding Officer.

Captain Lashley was also Deputy Commander/Chief of Staff, and Chief Operating Officer at the Naval Medical Command, Mid-Atlantic Region, Norfolk VA. He served as Commanding Officer/CEO of the Naval Medical Clinic at Port Hueneme, CA, where he was awarded the Meritorious Service Medal by the Secretary on behalf of the President of the United States for outstanding and innovative leadership as Commanding Officer. Captain Lashley was Director of Administrative Services at the Naval Hospital in Long Beach, CA, and Director of Administrative Services at the U.S. Naval Hospital at Agana, Guam. While in Guam he was appointed as a member of the Emergency Services Commission, an appointment by the Governor of Guam; and served as consultant to the Government of Guam concerning the establishment of paramedic ambulance services for the Island.

Upon his retirement with the Navy, Ken continued his expertise in leadership as Coordinator of Southern California College of Optometry of their three large clinics. He was Vice President of Clinical Services at the City of Hope National Medical Center in Durate, CA, and Director of Clinical Services at the Community Memorial Hospital in Ventura, CA. His final position prior to his retirement in 2003 was an Administrator and Chief Operations Officer of a group of Cardiologists in Opelika, AL, including Dr. Robert Ingram, Dr. Kevin Ryan, and his friend Dr. Michael B. Williams.

Ken’s hobbies included grilling/cooking, and he and Faye enjoyed trying out new recipes. He liked music, helping our local food banks, and had a love of flying. He received his pilot’s license while stationed in Spain, and flew to many European destinations.

Ken was a very patriotic man, and enjoyed displaying the flags of the U.S.A., along with U.S. Navy and U.S. Marine Corps. Ken maintained his AOPA Certificates, (Aircraft Owners and Pilots Association). He studied and took exams to stay up to date on the newest flying operations.

Ken was fortunate to travel extensively to many European countries while in the Navy, and continued to enjoy traveling after the Navy, taking Faye on a cross-country flight in his airplane, and flying to several states on vacation.

Ken’s main goal for the last 20 years was focused on Faye, in which Faye had the exact same goal, in being focused on Ken. Together they were such a special couple who enjoyed and loved each other without measure.

He was a fine, honorable man. If you were a friend of Ken’s you were a fortunate person. He was loyal, selfless, intelligent, and would do anything to help you. He was a first class, good man. He had several dear friends that he thought the world of, and they of him.

A Military Tribute will be held Saturday, June 30, 2018 at Town Creek Park Pavilion in Auburn, AL at 10 a.m. This event is to honor the memory of Ken. Please feel free to come and share your special memories of Ken. The family respectfully prefers no flowers or plants.