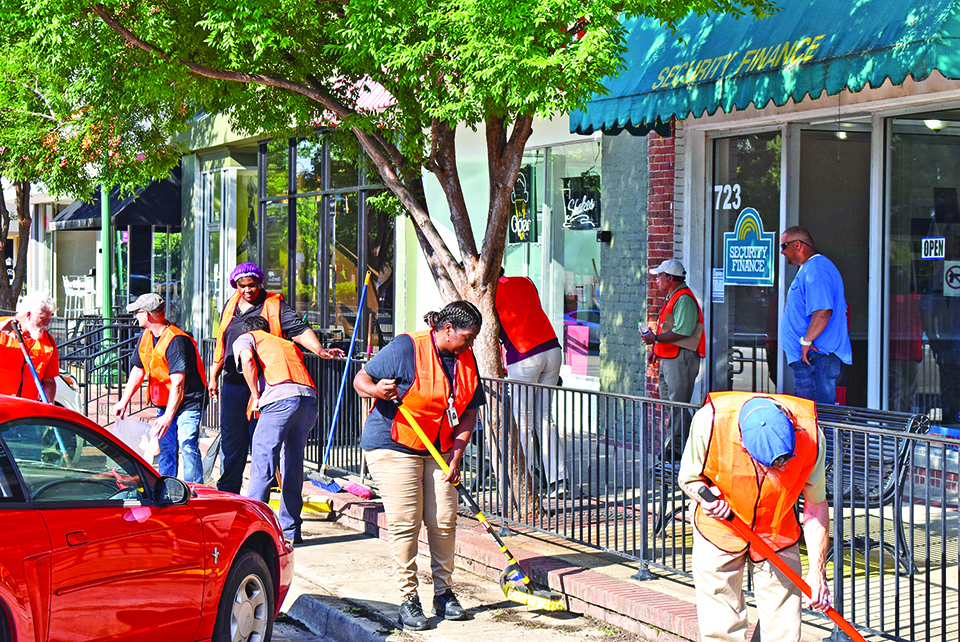 WEST POINT — Going about their day Monday morning, West Point residents might have seen large groups of people wearing orange vests while painting, shoveling, trimming or doing a variety of other outdoor projects.

These people hard at work were employees of Kia Motors Manufacturing Georgia and they were scattered around the city as part of their yearly community cleanup efforts.

The employees worked throughout the morning, stopping for snacks and plenty of water to stave off the hot Georgia heat reaching temperatures into the 90s. Once they finished, they headed to training classes focusing on production, detail and “The Kia Way” philosophy training.

The Kia Way is a manufacturing plant-wide philosophy that promotes a culture of people being the “heart and soul” of the company.

As the West Point plant is the first North American site of Kia Motors Manufacturing, Countess said that they work closely with the city to meet the needs of the people in the community.

“Mayor Tramell let us know what things needed to be done and that helped us generate what that list was,” he said. “In the past we have done projects around the city, so this is just a larger expansion of that activity.”

The mayor of West Point himself was helping with the cleanup efforts, driving water and equipment to the sites that needed them.

“I could not be more grateful to KMMG for sending all these people out here to help our community and to give back like they’ve done,” Tramell said. “They’ve gotten a tremendous amount of work done. It’s amazing how much this many people can accomplish in such a short amount of time.”

The Kia employees, even with the intense heat, smiled and laughed while they got the job done.

“I think the larger impact is that we recognize that we are a citizen of the community and we are made up of people that live in this area, too,” Countess said. “Some live in the city, some live in Troup County. We are certainly giving back to the larger community.”