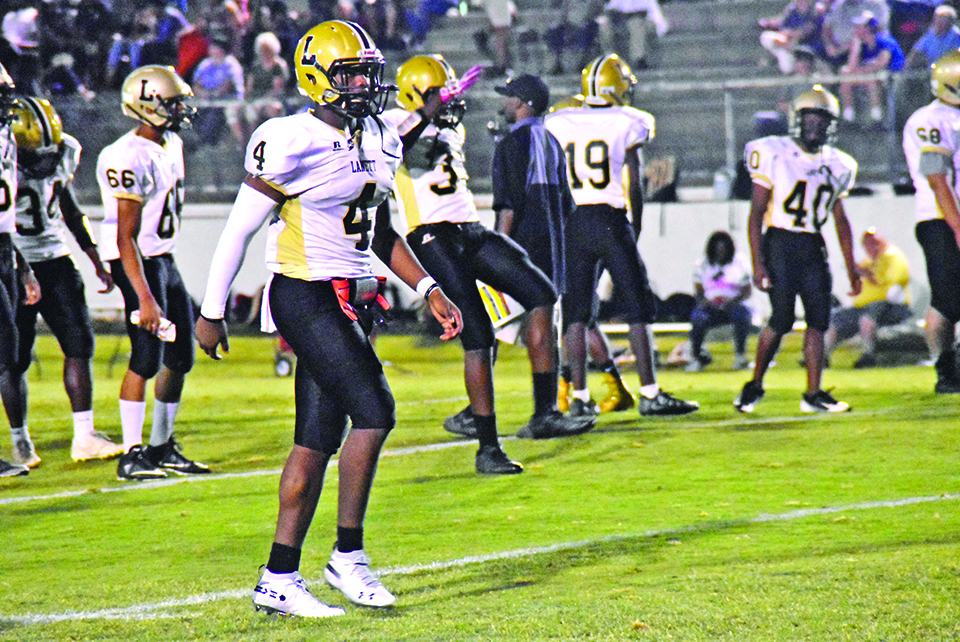 LANETT — Kristian Story is now the No. 1 prospect in the state of Alabama.

The Lanett High School quarterback and defensive back was ranked first in the state for junior football prospects ahead of Alabama verbal-commit Dazalin Worsham on rivals.com. The 6-foot-2-inch, 207-pound Story is also the eighth-ranked athlete in the nation for the junior class on the website. He found the news out while he was on his way to Louisiana for this year’s Manning Passing Academy.

“I was like, ‘Wow, that’s crazy,’” Story said. “This is what I’ve been working toward and then it finally happened so I was like, ‘Wow.’ I just have to continue working for it now.”

The Manning Passing Academy is led by former NFL quarterbacks Archie and Peyton Manning, as well as, current NFL quarterback Eli Manning and former college football player Cooper Manning. The camp began after concerns of seeing a lack of fundamental skills down for quarterbacks and wide receivers in their development years of high school.

Improving his footwork and learning how to deal with the mental challenges of the position are two components of Story’s game that he said he improved at the June 21-24 camp.

“I learned a lot of stuff and worked on a lot of drills that I can bring back home,” Story said. “I’ve never really been taught the position. For me to be doing as good as I am at it, I wanted to learn more about it to see what I could do now.”

Story is following up a sophomore season where he completed 144-of-221 pass attempts for more than 3,300 yards and a school-record 42 touchdowns. On the ground, Story collected 900 rushing yards for nine touchdowns en route to leading the Panthers to a 2A State title. He verbally committed to the University of Tennessee in March.

The national and local attention that comes with being a top prospect has been a little easier for Story at Lanett, playing alongside fellow four-star safety and wide receiver Trikweze Bridges. In the most recent update on rivals.com, Bridges is the ninth-ranked football prospect in the state of Alabama for this season’s seniors. He recently made headlines for listing his top 5 schools of Florida State, LSU, Oklahoma, Oregon and Penn State on June 5.

“I think it makes it a lot easier because with him doing it also, [the attention] won’t all be on me,” Story said. “We’re related and we’re together all the time so especially for it to be somebody like that, it makes it better.”

Story comes into this season with the Panthers moving down to Class A. His personal goals are to continue to climb the national rankings to put himself in a position to play in the Army All-American Game and receive an invite to the Elite 11 quarterback camp heading into his senior year.

“I think it means a lot for people to see that you can have anybody just as talented,” Story said. “Just because he’s from a small school doesn’t mean that he’s not as talented as someone from a bigger school.”