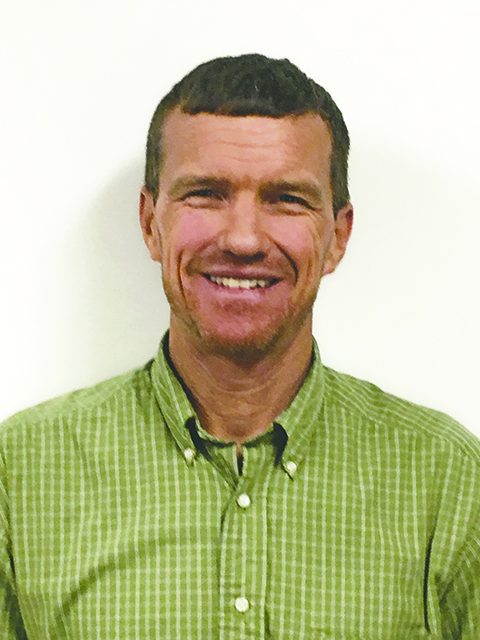 WEST POINT — Derek Kite was officially announced as the head swimming coach for both the men and women at Point University earlier this week. In the program’s fourth year of existence, Kite is the second head coach in Point swimming history.

“I’m very excited,” Kite said. “I thought that this place looked good for my family, so we started doing some research on it and we fell in love with the area.”

Kite is a husband and a father of five children and the main reason why he liked Point was because it’s a Christian institution. He received his bachelor’s degree as a student-athlete at Lubbock Christian University, which like Point, is in the National Association of Intercollegiate Athletics (NAIA). At LCU, Kite earned 14 All-American honors and he competed on four NAIA championship teams from 1991-1994. He was inducted into the LCU Hall of Fame in 2006 and he returned to the school to coach men’s and women’s cross country in 2011. As a coach at his alma mater, he recruited and managed over 40 student-athletes and coached the men’s team to the team’s first national appearance since 1997 in 2012. Both the men’s and women’s teams qualified runners for the NAIA National Championships during Kite’s time as a coach.

“I know what it takes,” he said. “I know how to teach a drill and do basic core work with a Medicine Ball or a Swiss Ball, I know it takes that. I asked Meb one time before he got his medal in the Olympics- do you want to be good or do you want to be great? What do you want, do you want to be one of the one million people trying to make it or do you want to be the guy who makes it? He gave me the same answer, he wanted to be great and I said okay, you’re going to want to do this, this, this and this. He looked at me like, ‘this is the easy stuff, I learned this in elementary school, middle school,’ but I said, ‘back to the basics. It works every time.’”

A plethora of drills are in Point University’s swimming future, Kite said. The drills should develop stroke perception and discipline. Kite compared swimming drills to the process of a basketball player learning how to play after stages of learning how to dribble, run up the court and shoot.

“If you don’t have those basics down, the shots never going to go in,” Kite said.

To get involved with the community in the Greater Valley Area, Kite plans to follow in the footsteps of Point head tennis coach Chad Simpson in hosting clinics and camps for the local to help grow a love for the sport in the area as well.

“There’s a lot of kids who can swim, they just don’t know it yet,” he said. “It’s a hard battle to fight against, I call it the big three of football, basketball, and baseball, but it can be done …I’ve never seen a kid get in the water who didn’t have a smile on their face and you just spread out from there.”